At the May Day Bank Holiday some of the Persephone girls went up to Hadrian’s Wall for long, windy walks along the wall, the last of the daffodils and quiet suppers.

We also played Scrabble and managed to get in the word ‘resipiscere’. Professor Jinty Nelson wrote to the Guardian about this: the president of the European parliament has apparently said ‘it’s not too late’ and she said: ‘There’s a lovely Latin word, resipiscere, whose classical and Christian connotations say it all: “Come to your senses”, “revive”, “have another think”, “think better of it”. This is the word for today.’ A propos Brexit, we are naturally pleased that Rachel Johnson, always a supporter of Persephone Books, has apparently taken resipiscere to heart and has joined the Lib Dems; and if it wasn’t for their rule that you have to be a member for a year before standing for Parliament, she would surely be standing, along with several other women we know,

Ida John’s letters have been published, a review is here: we sell The Good Bohemian in the shop (£25 reduced to £20). 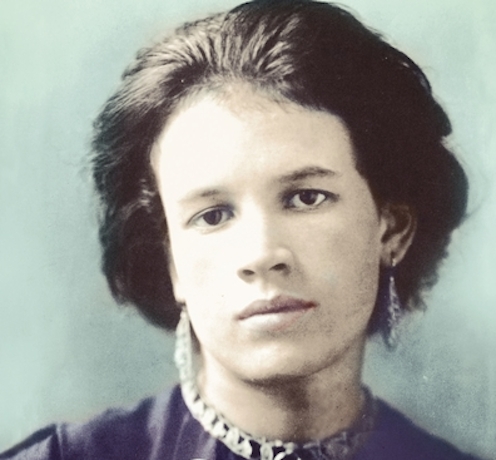 Ida was married to Augustus John and had five children in six years, dying of puerperal fever and peritonitis aged only 30 in 1907. But ‘between baby-minding chores, she proved to be a witty, wickedly outspoken writer, which ensures that she will now not be forgotten.’

Two hundred years ago Shelley predicted a world when ‘the monopolising eater of animal flesh would no longer destroy his constitution by eating an acre at a meal {since} the quantity of nutritious vegetable matter consumed in fattening the carcass of an ox would afford ten times the sustenance if gathered immediately from the bosom of the earth.’ How extraordinary that this was realised two centuries ago and how tragic that so few people have listened to Shelley. (The quote was in a piece about the vital necessity of eating less meat, which asked whether  putting VAT on meat would help save the planet: it would of course but alas is unlikely to happen).

There was a piece in The New York Times about Jane Addams, of whom we had heard but only just. 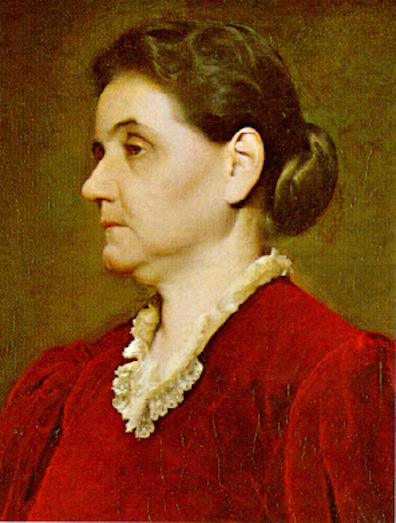 On a visit to London she went to Toynbee Hall, a settlement house ‘where rich university men organised social gatherings with the poor in the same way they would organise them with one another. Jane Addams returned to Chicago and set up Hull House, an American version of the settlement idea.… She also defended the primacy of the “woman’s sphere” since people thrive in “familial contexts”. As her biographer said : “The world of women was, for her, a dense concoction of imperatives, yearnings, reflections, actions, joys, tragedies, laughter, tears – a complex way of knowing and being in the world.”’

There is an exhibition at The Cartoon Museum in Little Russell Street called The Inking Woman which focuses on ‘eighty diverse artists and follows the evolution of British women artists as satirists, humorists and storytellers. Many combine all three talents and have produced work in a variety of forms. In recent years the rise of small press and the graphic novel has seen an increasing number of women appear in print.’

We recently  re-read Vera Brittain’s letters to Winifred Holtby. Here is a sentence, written on October 6th 1934 in West Virginia: ‘One of the things you notice the moment you enter this country is how many men of your own age there seem to be compared with England.’ This is the theme of so many of our books: that there were so many more women than men after the First World War. 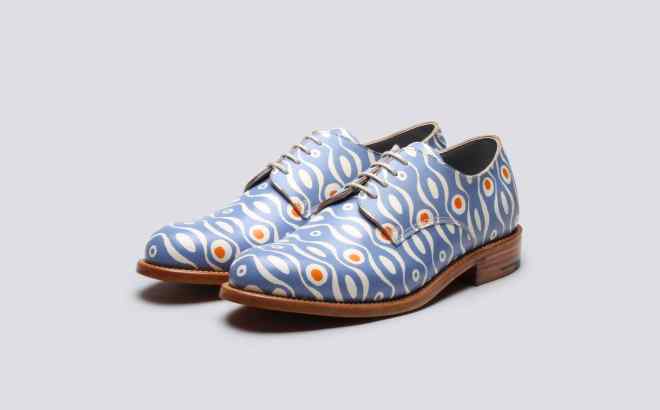 It was described thus in the Financial Times online (hard copy will be on May 5th): ‘A fondness for mid-century patterns first drew Julia Little to Persephone Books on Lamb’s Conduit Street, London. The head of projects and events at shoe shop Grenson (located across the street) subsequently fell in love with the store after buying a diary containing the beautiful endpapers of books by 20th-century female authors.’ She decided to use the Persephone pattern, designed for us by Cambridge Imprint: ‘a traditional design with a modern sensibility – very much inspired by our aesthetic and the colours we love.’ Initially, the aim was to use this decorative pattern on the interior of a plain leather Derby shoe, but Cambridge Imprint’s design was so striking that Grenson decided to put it on the exterior. The resulting Persephone shoe (£430, available from April 27 in Grenson’s Lamb’s Conduit Street and Soho shops, and from its website) comes in five different colourways – cornflower blue, dove grey, mustard, pale aqua and pastel pink. Of course the £430 price tag is way beyond our budget. However, Grenson is very, very kindly giving both us and Cambridge imprint a pair and we shall take it in turns occasionally to sport the Grenson x Persephone look.

A hundred years ago last month Leonard and Virginia Woolf founded The Hogarth Press in Richmond. 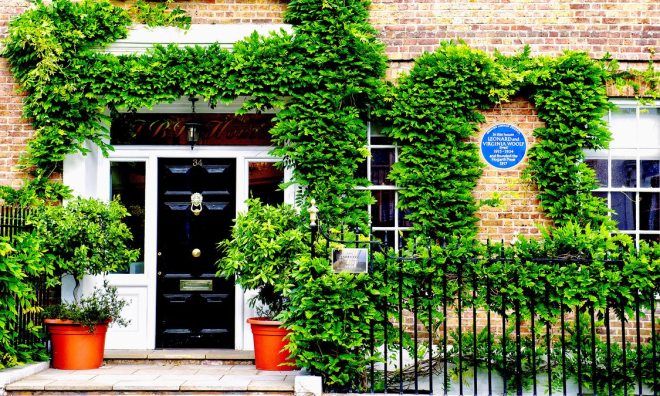 It was celebrated here. And will be celebrated again in early July when the Virginia Woolf Society is holding a conference  to be called Virginia Woolf and the World of Books at the University of Reading. Papers cover the past, present and future of Virginia Woolf’s works: all aspects of the Woolfs, the world of books and print cultures, including topics related to the Hogarth Press and its authors and illustrators; the production, reception and distribution of Woolf’s works; Woolf and her readers; modernism; Bloomsbury and its networks. We shall be giving a talk about the pains and pleasures of being a small, independent publisher in the twenty-first century and our editions of Flush, A Writer’s Diary and The Wise Virgins will be featured. The full events programme is not yet available, but you can register on the conference website here. There are day rates (without accommodation) and reduced rates.

The Ravilious and Co: The Pattern of Friendship exhibition is on at the Towner and for those who missed the Lunches in the shop this year and last, Anne Ullmann is talking at the Towner about her mother Tirzah Garwood on Saturday July 22nd

Finally, the famous, or rather infamous, photograph of Kathrine Switzer being (unsuccessfully) pushed off course by an official at the Boston Marathon in 1967. 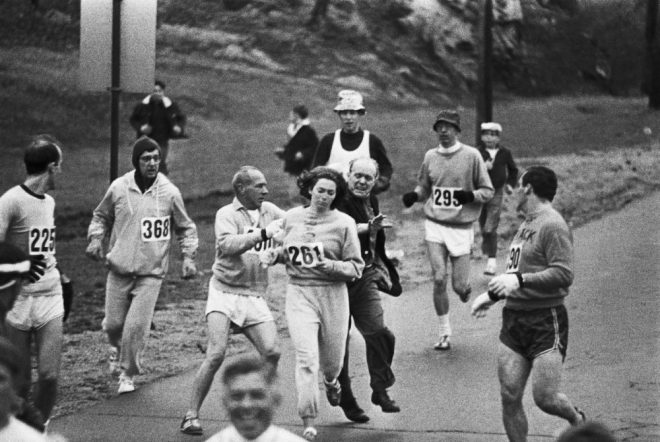 This year Kathrine, now 70, wore her old number, 261, and completed the Marathon again. It was not until 1972 that women were officially allowed to compete in the Boston Marathon; how extraordinary that the official felt it was okay to push Kathrine out of the way and shout at her ‘Get the hell out of my race’. Some things have vastly improved!