On this page, once a month we give a new perspective on one of our books.

PB No 126: Despised and Rejected by Rose Allatini

'"Mr Burgess is musical too".' Mrs Blackwood is only telling the truth when she describes her son’s walking companion. Mr Burgess is a pianist, and Dennis, her son is a composer. The two young men enjoy opera. But '"Dennis has never cared at all about sport."' Unwilling to play with soldiers or steamers or any of the usual toys, he has been a disappointment to his father, who always wanted his boys to be manly boys.

The Blackwoods are spending a holiday in a small hotel, where an amateur performance of a play is being rehearsed. Directed and written, also by amateurs, loosely (but ambitiously) based on the French Revolution, the play will star the ‘striking and vivid’ Antoinette de Courcy, who has refused to play her namesake, opting instead for the more interesting Charlotte Corday. It is hoped that Dennis might, uncharacteristically, arrive in time to provide the musical accompaniment. Even his young brother is sceptical, and '"anyway, if he did, he’d play mouldy sort of stuff. He always does."'  Dennis is flaky, and clearly the odd-one-out in the family. We are, initially, comfortably in the zone of social comedy.

'"More his mother’s son than his father’s, perhaps?"'knowingly suggests an enigmatic fellow guest. Hester Cawthorn eats alone, sits alone and, ‘armed with a masculine-looking walking stick and the brim of her felt hat turned down to shade her thin sombre face’ likes to ‘stalk off’ into the hills'. It’s not only her walking-stick which is masculine. The hat, the gait, and the brusqueness are all Edwardian (and later) Sapphic tropes: no mention of keyboard skills, or taste for opera. Even the great composer, suffragette, and well-known lesbian, Ethel Smyth would not have been called 'musical', an Edwardian euphemism, reserved for men, and described by the novelist Philip Hensher as ‘charming, but in practice rather confusing’. 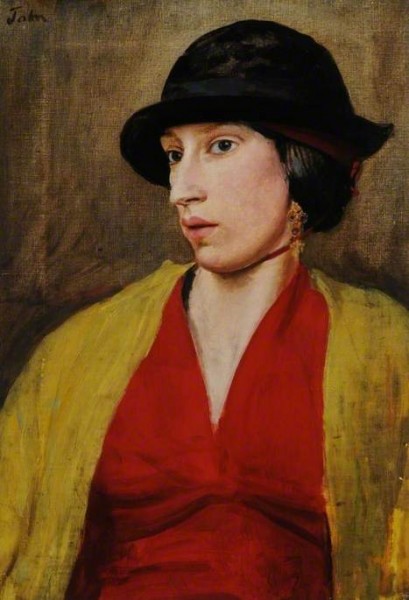 Dennis’s ‘secret’ is clear to the twenty-first century reader by page 8. Improbably the first publisher in 1918 claimed that he had not realised ‘the sexual implications of Allatini’s book’ and (allegedly) failed to spot that certain passages were ‘open to an immoral interpretation'. Reviews were not favourable. The Manchester Guardian critic described Dennis ‘as a hopeless victim of neurasthenia' – another euphemism that has happily largely been forgotten – adding that he has ‘no intention of disclosing in what lies his abnormality’. The London Opinion was similarly tight-lipped, ‘of its hideous immoralities the less said the better’, but their reviewer didn’t hold back regarding Allatini’s sympathetic presentation of Conscientious Objectors, urging that this ‘literary fungus’ be put before the authorities. In October 1918 Despised and Rejected was banned under the Defence of the Realm Act, being ‘likely to prejudice the recruiting, training and discipline of persons in His Majesty’s Forces’, a judgment which covered all bases – sexual and military.

At a period where manliness, as embodied by the military caste, was hugely significant and admired, to be gay was derided even more than in peacetime. Homosexual men were seen as a particular threat in time of war, not only because a gun might prove useless in the hands of their limp wrists, good for nothing but sweeping the trenches, but because they wouldn’t be fathering future generations of soldiers. Rose Allatini who can write so wittily about bourgeois society, also eloquently pleads the causes of Conscientious Objection, and of a more understanding attitude towards homosexuality.

In three parts, Despised and Rejected is like a concerto:  the first part, Allegretto, light social comedy, the middle movement slow and dark, with some lyrical passages, and the final movement, mirroring the first, but nearer to tragedy than comedy, closing on a note of sorrowful resignation, and a faint suggestion of hope for the future.

In Part One Dennis Blackwood makes tentative moves to ‘come out’ to Antoinette, sensing in her a fellow soul, put more coarsely a fellow ‘deviant’. He describes himself as ‘a square peg in a round hole’, expecting her to concur, but she is baffled.  ‘“I just fit in anywhere. It’s fun, trying to fit into different sorts of places, it must be beastly if you can’t.”’ What he thinks is ‘a shared taint’, is no such thing. To Antoinette, '“it had seemed disappointing, but not in the least unnatural, that all her passionate longings should have been awakened by women, instead of by members of the opposite sex.”’ Unlike Dennis, she is entirely comfortable with her sexuality.

‘“He lives in the country, that one? He has estates? He has asked you to visit his family?”

Antoinette immediately robbed Mr Griggs of his vast country estates, by saying that alas, owing to the innate nobility of his character, he had renounced them in favour of a consumptive younger brother … Grand’mère lost interest, until it struck her that the consumptive brother might die.’

From Cadogan Square to commuter village, the trivialities of middle-class life are a rich source of comic material, few more trivial or more comic than an elaborately planned and much discussed fancy dress dance. Dennis is glumly resigned: ‘A fancy dress dance – well, why not? Since the whole of his life henceforth must be a masquerade …’. The date on the invitation is 24th July 1914. The comedy is about to come to an end.

The clowns and the pierrots and the highwaymen enlist, but not Dennis. He joins a group of Conscientious Objectors. The ‘slow movement’, Part Two, centres on the habitués of a pacifist tea-room in London’s Soho.

The government recognised three categories of conscientious objectors: Non-Combatants who would join the army, but not bear arms, Alternativists who would accept civilian work that might support the war away from the front, and Absolutists, pacifists who refused to do anything to aid the war effort, including freeing up other men to become soldiers. Military Tribunals rarely granted complete exemption, and the majority of appeals were dismissed, the unsuccessful appellants, if they persisted in objecting, being giving lengthy and harsh prison sentences. Allatini vividly portrays a motley representative group of COs, all planning to appeal on different grounds. One must care for his mother, another refuses to fight on religious grounds, another, Jewish is determined not to attack fellow Jews of whatever nationality. Dennis, an Absolutist, will appeal on humanitarian grounds.

His friend and librettist (Dennis has been composing an opera), Barnaby, the voice perhaps of Allatini, crippled from birth and spared conscription of any sort, makes a case for exempting artists, writers and musicians:

They won’t let them stay at home and do what they can do, but must send them out to do incompetently things against which their whole nature rises in revolt. From the general utility standpoint: in which capacity is the artist of more value to the nation? As a creator of a work that may live, or as a mass of shattered nerves, totally incapable either of fulfilling the requirements of the army or carrying out his own ideas.

An interesting argument, but one unlikely to carry weight with a Tribunal jury of men too old to serve. Dennis’s enraged description of a broken Europe strikes a chord today, but would have fallen at the time on similarly deaf ears:

He thought of all the roads and railways that had been made throughout Europe to connect one country with another; of how these same roads and railways had been torn up or blocked and barred to form frontiers and sever connection between one country and another. And he thought of the rivers that flowed through one country and another, some of which ran red now with the mingled blood of nations … all fighting blindly against each other for the same abstract principles.

He cannot bear the thought of being 'sent out to inflict death or wounds on others … deliberately to maim and shatter the bodies of men as young as himself, the bodies of men as young as Alan.’ Dennis is fighting his own demons. He is in love, not with Antoinette (that was never to be) but with the son of a wealthy mine owner, first seen stripped to the waist, hammering at an anvil, rippling muscles lit by the leaping flames. Alan Rutherford has ‘feverish dark eyes and sensitive well-cut mouth … he seemed to possess all the fascination of her own sex as well as of his’ (these are Antoinette’s word

Despised and Rejected is Dennis’s story, but Antoinette is the true heroine, whose place in the Persephone canon is well-deserved.  Callously used by Dennis, she remains loyal, understanding, and forgiving. Barnaby, side-lined militarily and sexually by his crippled body, who has a vision for the future of a time ‘“when we shall recognise in the best of our intermediate types the leaders and masters of the race”’, warns that she is doomed to be ‘the symbol of what has to be sacrificed to the love between man and man.’ Her immediate future seems bleak, a string of suitable husbands presented to her, until she becomes too old and is given up as a hopeless case.

But what Allatini didn’t know in 1918, was how much easier, in many ways, life was to become for women like Antoinette. One among many, many thousands of so-called ‘superfluous women’ left single by the war, we would wish her to know that she will be free to find love where she prefers, to live, if she chooses, quite openly with another woman, and not an eyebrow raised; while Dennis and Alan must remain for decades ‘in the closet’.