Persephone Book No.1: William – an Englishman by Cicely Hamilton

There are many ways of writing about war. Reading Wilfred Owen, we feel the force of his scepticism about the Great War and all war: his bitterness at the waste of young lives, the horror of trenches and gas attacks, the sickening reality that lies behind the vision of patriotic glory. Contemporary writers have told stories that have taken us into those times in other ways: Pat Barker, in her Regeneration trilogy, has written extensively about shell-shock; Sebastian Faulks, in Birdsong, about the detail of daily life in the trenches. 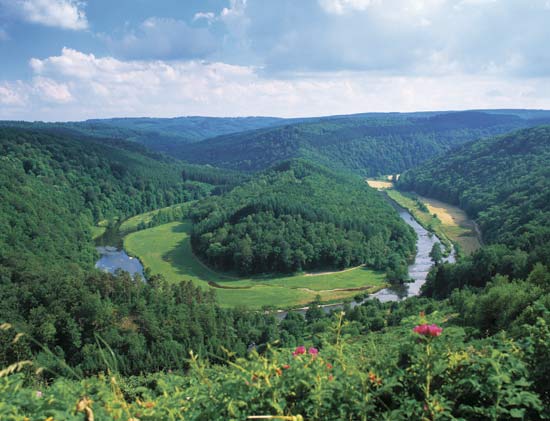 William– an Englishman offers something else. It is a sympathetic portrait of a young man whose life and ideals are ‘mangled’ by his encounter with the war. But it is not his story alone: we are reminded that ‘there were many parallels to the case and conversion of William Tully’. William, if you were simply to catalogue his qualities, is not all that an appealing a character. ‘Mild-mannered, pale-faced and undersized’, he is of such little consequence that, when he is an insurance clerk in London, a plan amongst his colleagues to get him drunk comes to nothing because no one could quite be bothered to carry it out. Even when the Germans who have captured him are about to pronounce on his fate and he thinks he may be ‘called upon to play the man’, he finds himself confronting not death but his own inconsequence: ‘he had offended the conqueror only by his poor little presence’.

This contrasts poignantly with the moments in the book when William experiences his own life as charged with significance and meaning. In an earlier scene, we see William and his wife-to-be, Griselda, on one golden evening in Battersea Park, glowing and burnished with a sense of their destiny as people who will leave a mark on the world; this is derived from their being part of the ‘self-important world of the agitated and the advanced’, a world into which they subsume themselves with the ‘profound ignorance of the unread and unimaginative’. 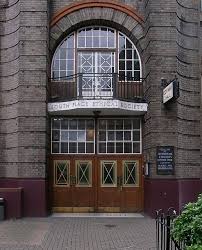 Conway Hall (a short walk away from Persephone’s Lambs Conduit Street shop) where William makes his impassioned denunciation of his former ideals.

So it is a story about ideals and meaning that are ‘uprooted’ and supplanted by others which in their turn fall away, ultimately leaving William with an empty sense of somehow having been duped by he knows not whom. We learn of William’s conversion, under his friend Faraday’s tutelage, from an ‘unobtrusive and diffident’ clerk to a shrill Social Reformer and pacifist. We see him and Griselda, ‘his exact counterpart in petticoats’, their braces and hairpins awry, turfed out of a meeting they disrupt in the name of the suffrage cause. And all the while, they believe that this is what it means to be involved in ‘War’. They believe in causes: ‘the People’ and ‘Woman’, ‘Progress’ and ‘Humanity’, they believe ‘in defiance of the teachings of history, that Democracy is another word for peace and goodwill to all men.’

But, abruptly, their ignorant faith in these ideals starts to feel ‘madly, wildly and ridiculously wrong’. Thus we see William’s abrupt conversion when the horror and brutality of war collide directly with his own life, the flaring up of a vague sort of patriotism within him as he stares at the ‘dingy mud and orange’ wallpaper in the makeshift headquarters of a German officer and sees it ‘transfigured’ by sunlight to ‘shining gold’ in the moments when he thinks he may be about to face the firing squad. We see the development within him of a ‘strenuous, highly-coloured dream’ of soldiering which leads him to join up, fired by a desire for personal vengeance in the wake of Griselda’s death.

Then, finally, we see his collapse into sullen passivity as he finds himself trapped within the numbing pointlessness of his actual war-work, amidst the ‘stilted uselessness’ of the documents he produces. He becomes acutely aware of the contrast between the ‘blank reality’ of it all and the dreams of heroism he once harboured. We see the way in which the war weakens his powers of initiative, we see his weariness and aimlessness disillusionment such that he can give no thought to any future beyond the war itself, and it is left to Edith, his ‘kindly and capable comrade’ to put his feelings into words: ‘It’s difficult to think ahead because of the way in which the war has broken up our lives and plans.’ People have been ‘bent and twisted into things [they] were never meant to be’. And all they can do now is just wait passively ‘to see what happens’.

And what happens is William’s death, amidst the nightmarish images of ‘beastly flesh’ evoked by the ravings of a shell-shocked companion, and a reminder of the fragility of the scuttling ‘beetle-warrior’ human-being in the face of modern scientific warfare. After sustaining injuries, William lies ‘quietly alive’ for a day or two, long enough to formulate the painful questions left hanging in the air at the end of the novel about doing one’s duty and the futility of it all. And then we see his death ‘filed away’, presumably by a member of hospital clerical staff, like the author herself  ”for possible inquiries’, of which we can be almost certain there will be none.

So this is also a novel which questions the herd-mentality: William is someone who relies on others for direction, even when he thinks he is being self-directing. He is the conformist clerk, his doings determined almost entirely by the will of his employers and his domineering mother. His wishes are ‘indeterminate’ and his ambition ‘non-existent’. He is so used to being directed by others that when he tastes freedom from his narrow life, he falls under the  influence of the ‘fiercely earnest’ Faraday whose ideas he embraces so wholeheartedly that they rapidly become his central source of direction and purpose.

Even the violent dislodgement of those ideals as a result of William’s experiences in the Ardennes and his new-found zeal to fight for his country are somehow not self-directed. His experiences drive him to it: ‘Fate, not temperament, willed that he became patriotic.’ Then we see him again ‘having temporarily experienced an illusory sense of seizing control of his own destiny when he joined up’ realising that this was indeed an illusion and feeling somehow duped. His conversation with the itinerant wanderer turned soldier is illuminating in this respect: they share the same sense of the futility of it all. But the conversation introduces to William to a thought that had never occurred to him before: what might it mean to be directed by others rather than by yourself? And he reflects: ‘When you are in crowd you can always make excuses for yourself. Most likely you don’t need to. If you are a fool or a coward you can herd with a lot of other fools and cowards and you all back each other up. So you never come face to face with yourself.’