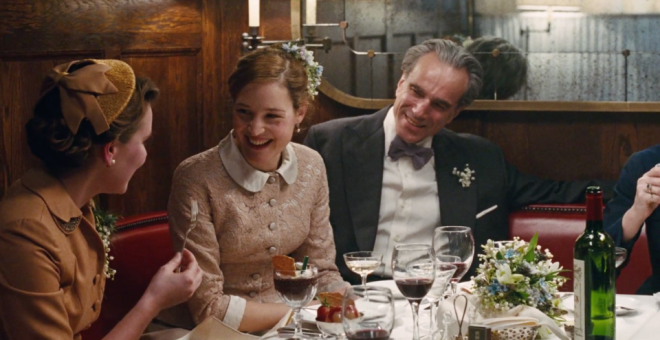 For the Persephone girls the last year has been an incredible one for films (and a dire one for the theatre, but let’s draw a veil). There have been FIVE amazing films, which we shall celebrate on the Post this week. First of all Phantom Thread. Jonathan Romney wrote about it here: ‘Phantom Thread is partly a nightmare of male tyranny, another story of what women have to put up when dealing with over-indulged male artists — though that could make it sound as cloth-eared as mother!. Instead, Anderson’s fine-tuned script perfectly captures the little spats of delicate, polite jousting, and also very credibly creates a tone of mid-’50s England. The direction, the elegant pacing, the attention to detail all bring the impression of depth, when the film might easily appear to merely be gliding on beautifully polished surfaces; it all creates a sense of prickly nuance that carries a distinct flavor of Henry James.’ And here is the trailer.