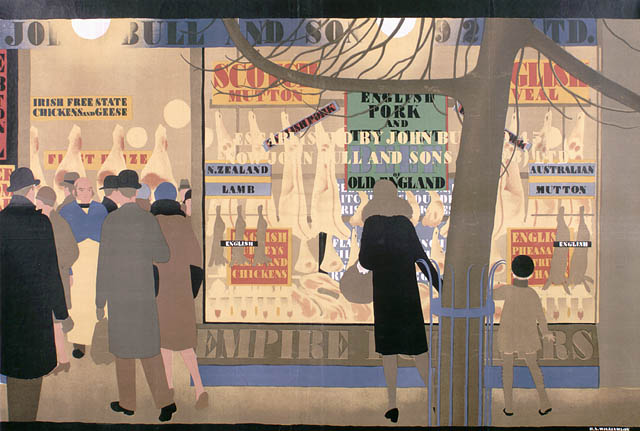 ‘Germany [and the UK, we fervently hope] and America are tied by values of democracy, freedom and respect for the law and human dignity, independent of origin, skin colour, religion, gender, sexual orientation or political views. I offer the next president of the United States close co-operation on the basis of these values’ (Angela Merkel this week). The final Empire Marketing Board poster – Women Shopping at John Bull and Sons 1928 – has no particular relevance to the events in the USA this week. But we hope it soothes the ruffled feelings of the person who has written to us (twice, the first time was after June 24th) to complain that we mention politics on our website and wants us to be ‘more attractive’. We have written to him explaining that we respect his p.o.v. But Publishing is Political. That is why William – an Englishman was the first Persephone book in 1999, that is why we have published The World that was Ours (which we are sending to Hillary Clinton today), No Surrender and many other titles which are, we hope, political through and through.