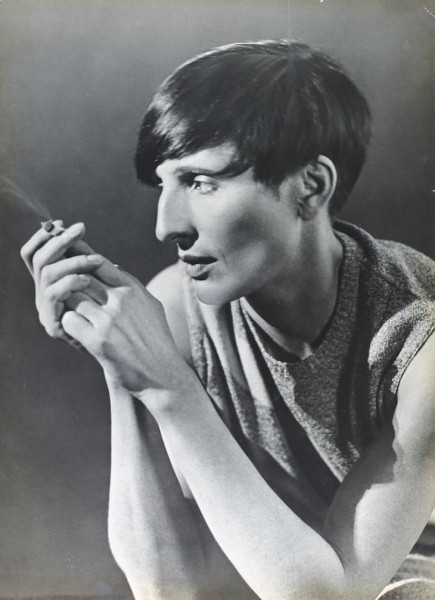 For the last few months this photograph has been in the lift at Russell Square and it drew us inexorably to the Wiener Library and the exhibition there. This has now closed but the photographs are quite unforgettable. They were the work of Gerty Simon and this is what the Wiener Library website says about her: The exhibition showcases the remarkable work of German Jewish photographer Gerty (Gertrud) Simon (1888-1965), and features many of her original prints from the 1920s and 1930s. Simon was a once-prominent photographer who captured many important political and artistic figures in Weimar Berlin, including Kurt Weill, Lotte Lenya, Käthe Kollwitz, Max Liebermann and Albert Einstein. In the 1930s, as a refugee from Nazism in Britain, Simon rapidly re-established her studio, and portrayed many significant individuals there, such as Sir Kenneth Clark, Dame Peggy Ashcroft and Aneurin Bevan. This photograph of Renee Sintenis (1888-1965) sculptor and medallist dates from 1929-32.