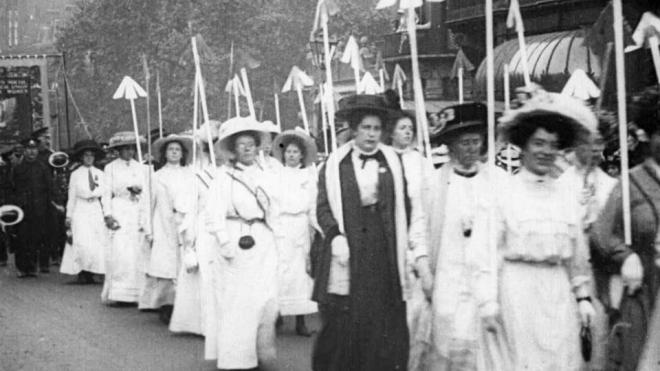 Lastly, an extraordinary film of a suffragette demonstration in London, possibly in Bloomsbury, organised by the WSPU on 18 June 1910. The three minute film is available free of charge on the BFI site here (but do think of joining the BFI, it is a marvellous cause). To think that all this effort and organisation and time went in to denying women something they were obviously going to be granted one day – the vote.  It is unbelievable that it was only a hundred years ago. And to think that ‘our’ author Maud Pember Reeves campaigned for women to have the vote in New Zealand and they were allowed it (funny word, allowed) in 1893. Yet it took Britain another twenty-five years of pointless and agonised argument. But then, plus ça change: HS2, eating a lot of meat, polluting the world with plastic, denying climate change, fire precautions in tower blocks, equal pay, wanting not to be in a union with our European neighbours, closing libraries, to name but a few of the issues which currently preoccupy us – one day they will be resolved and our descendants will see us as intransigeant and old-fashioned as our ancestors who once denied women the vote.