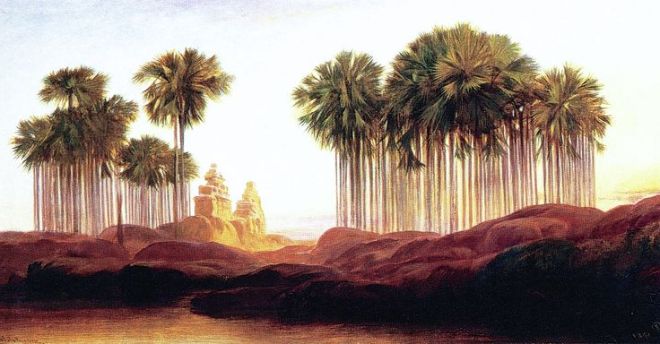 India is unforgettable so this week and next on the Post some highlights from the trip. Mahabalipuram has been enchanting visitors for two centuries: Edward Lear went there the early 1870s. He had already written ‘The Courtship Of The Yonghy-bonghy-bo’:

and met schoolchildren who could recite the whole of ‘The Owl and the Pussy-Cat’ from memory. There are eight Mahabaliburam watercolours at  Harvard, this is one: