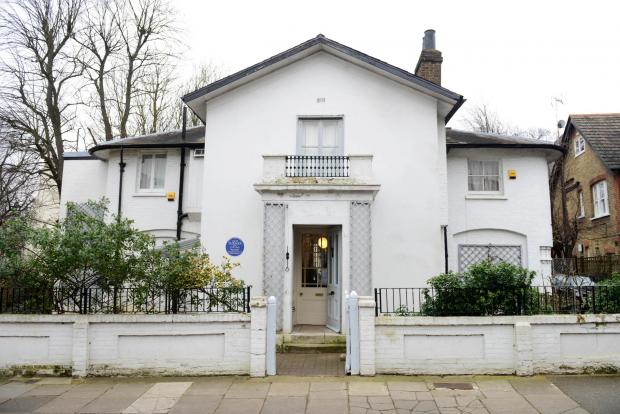 Inspired by the marvellous film about Turner (we sell it in the shop) Persephone Books has supported the restoration of the 1814 house, Sandycombe Lodge, Turner built for himself in what was then the countryside near Richmond and is now a suburban street (nearest station St Margaret’s). Last month, as the restoration nears completion, we had a visit. This is the house before work started, just after the death of the admirable Professor Livermore who, with his wife Ann, owned it from 1947- 2010 and bequeathed it to Turner’s House Trust.