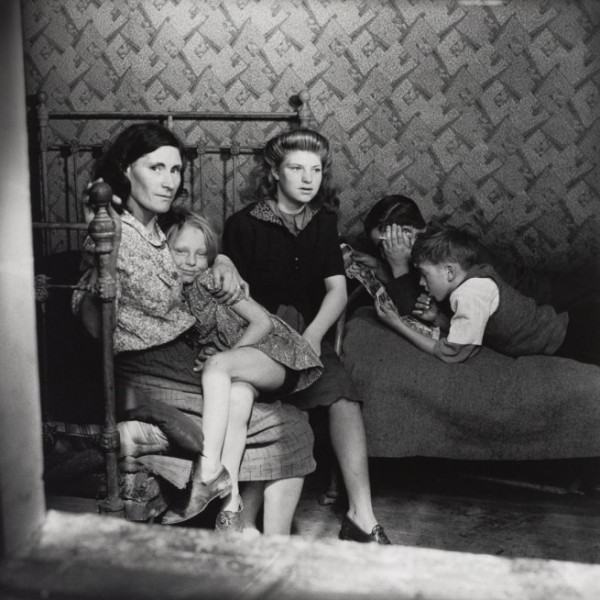 A great woman photographer this week, well-known to some but many people will not have heard of her – Edith Tudor-Hart (1908-1973). She was a ‘low-level Soviet agent while exiled in Britain after the Second World War who destroyed most of her photos as well as many negatives out of fear of prosecution in 1951. Known in the Austrian history of photography as Edith Suschitzky, she studied at the Bauhaus   and worked as a photographer in Vienna  – while being a Soviet agent. In 1933 she married Alex Tudor-Hart, who also had close connections to the Communist Party, and fled with him to Great Britain. There she created brilliant social reportage in the slums of London or in the coal mining areas of Wales’ (more details here). She was particularly concerned with ‘issues of child welfare, heath and education and received commissions from agencies such as the British Medical Association, Mencap and the National Baby Welfare Council. In contrast to the static, studio-based portrait photography customary at the time, she showed families and especially children as natural and lively.’ Family, Stepney, London is c. 1932.Everything about this photograph is extraordinary – but most of all the beauty of the mother.