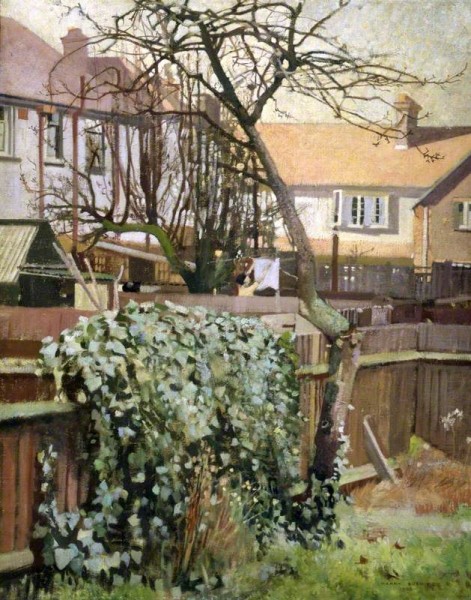 This week on the Post we mark, celebrate, mourn the fact that it is December already and the most important election of the last few decades (?since 1945) is only ten days away. This Post is presumably almost entirely read by people who agree with us when we say in mystified tones – the wail echoes round the office – how can anyone contemplate voting for the Tories? . And, yes, like millions of other people, we are all in a state of complete turmoil, helpless, only cheered up by Lydia’s baby being increasingly and beautifully visible, the office dog Naska (actually not our dog but we pretend he is) and, of course, the wonderfulness of the three October books which people are LOVING. So to mourn, celebrate, soothe, we simply went to ArtUK  (we hope everyone knows about this superb site?) and typed in December and London and immediately found Harry Bush’s stunning December Sunshine, remembered that he is actually one of our very very favourite painters and despite the fact that we have had this painting on the Post before decided that this is the week to celebrate.Harry Bush. Next week will have to be political (but we shall try not to rant) and the week after has to be Christmas-y.