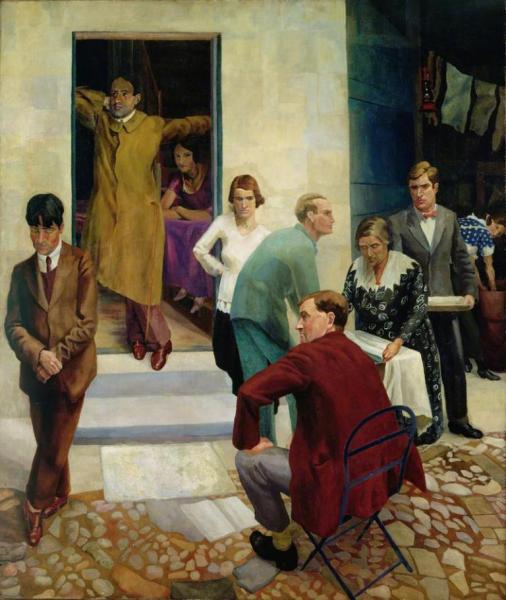 It has always been a dream to reprint Reunion as a Persephone book but it was not to be. However, we sell (many) copies in the shop. And it is a rather nice coincidence that the Uhlmans were neighbours to two Persephone authors, Amber Reeves and Elizabeth Jenkins. The Uhlmans lived at number 47, Amber Reeves and her husband Rivers Blanco-White lived at number 44 and Elizabeth Jenkins lived across the road at number 8. This 1920s painting by Richard Carline called Gathering on the Terrace at 47 Downshire Hill is at the Ferens in Hull; left to right: Stanley Spencer, James Wood, Kate Foster, Hilda Carline, Richard Hartley, Henry Lamb, and Anne and Sidney Carline. There would have been very similar gatherings in the Uhlmans day – from 1938 until the 1980s.