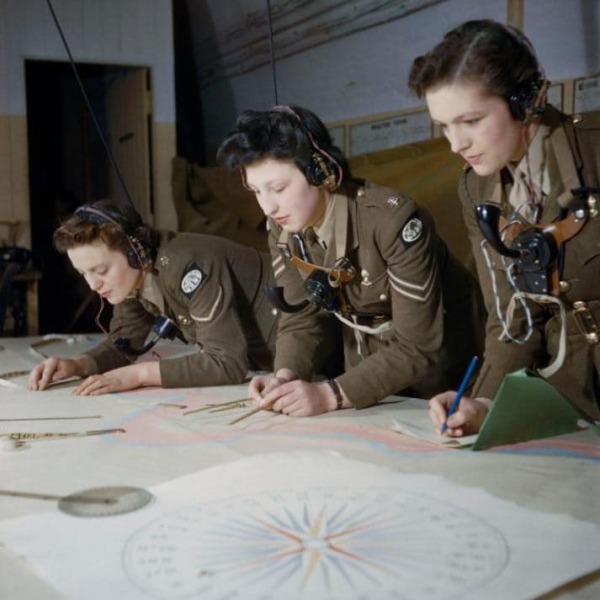 The Imperial War Museum has released a selection of colour photographs in a new book, The Second World War in Colour (most wartime photographs were in black and white). These ATS plotters were at work at Coastal Artillery Headquarters, Dover in 1942. (One of our new novels, Earth and High Heaven by Gwethalyn Graham, is of course set in the war and ends in September 1942 when the Canadian hero goes overseas. We now have twenty WW2 books – novels, diaries, journalism, short stories and a cookery book– which is a sixth of our output: a rather high proportion, but then the war inspired such magnificent writing.)