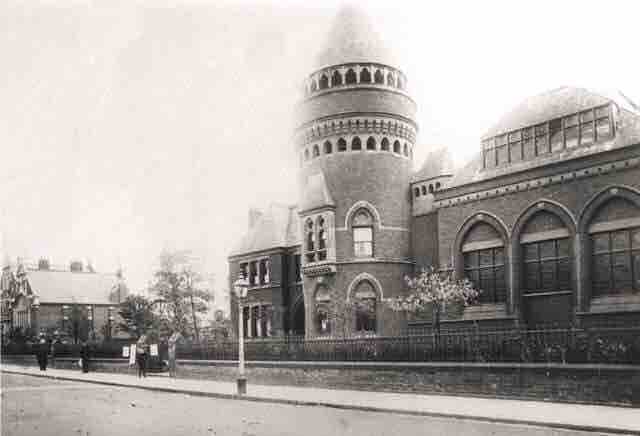 Ladywell Baths in Lewisham was built in 1884 but is now one of the Victorian Society‘s ten most neglected buildings. ‘When the Baths opened, newspapers reported that cleanliness was next to godliness as the baths were so close to the parish church. The building must have made an impact with its gothic arches, huge circular tower with turret, stained glass and decorative ironwork. Innovatively, to avoid paying the water company, the baths sunk a 270ft well yielding 8,000 gallons of water an hour. A fountain in the grounds was topped with the coping stones of  “ye well of our ladye at Lewisham” which gives its name to the area and which was said to have been credited with “healing virtues”. The baths have long since lost their turret and other decorative features and have lain empty for many years.  Lewisham Council, which owns them, carried out repairs to keep the building water tight several years ago but says it has struggled to find anyone to take the building on.’ Again, what amazing flats these would make.