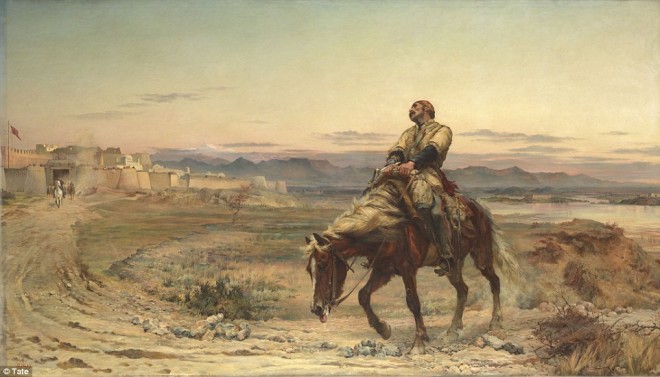 There is an exhibition at Tate Britain called Artist and Empire  (which is only on for another month): ‘In 21st century Britain, “Empire” is a highly provocative term. Its histories of war, conquest and slavery can be difficult to address but its legacy is everywhere. Artist and Empire examines the people who helped to create, promote or confront the British Empire in their work.’ Remnants Of An Army by Elizabeth Thompson, Lady Butler, was painted in 1879. It allegedly shows Dr William Brydon, assistant surgeon in the Bengal Army, arriving alone at the gates of the British garrison at Jellalabad, after the retreat from Kabul. He was ‘the sole survivor’ (although of course this is not the whole truth, as many historians have pointed out).