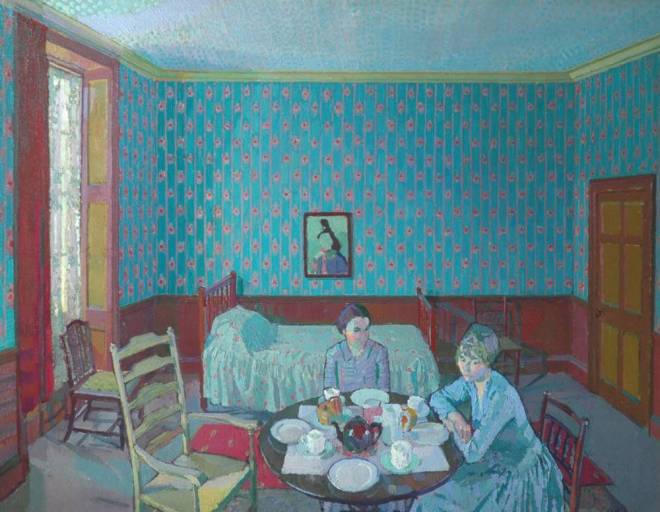 Tea in the Bedsitter is at Kirklees when not in Chichester. Gilman painted it in 1916. He would die three years later, aged 43, during the Spanish flu epidemic. Alastair Sooke wrote in the Telegraph that Gilman ‘ was one of the first cultural figures to depict that curious stratum of early 20th century British society and urban life: the shadowy, strangely isolating, perpetually shifting world of the boarding house and dingy bedsit, where disappointment, like dust, often hung thick in the air.’ (In fact, these two young women look pretty emancipated and as though they have gratefully escaped their families to come and live in ‘digs’.)