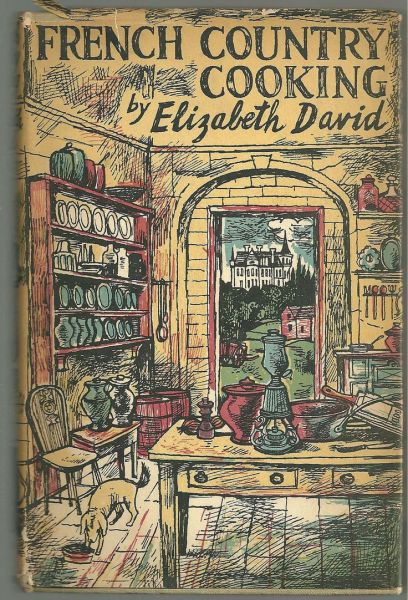 Elizabeth David: cover by John Minton. And we cannot resist quoting from Rachel Cooke’s piece about Patience Gray in the Observer two days ago: ‘Elizabeth David published A Book of Mediterranean Food in 1950, but it was the more user-friendly Plats du Jour, which Gray and Primrose Boyd published in 1957, that would become the bestselling cookbook of the 50s…With its encouraging, non-intimidating recipes for such dishes as moussaka and ratatouille, Plats du Jour, published as a Penguin paperback with its famous cover by David Gentleman, was a huge success, selling 100,000 copies before the decade was out.’ A biography of Patience Gray has just been published – so she is beginning to catch up with Elizabeth David, who has been the subject of two biographies.