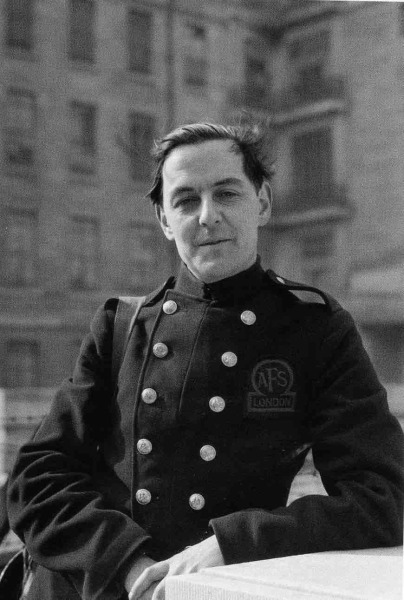 ‘Just like other civilians, writers were required to contribute to the war effort. That took its toll on their creative efforts, according to Mollie Panter-Downes (11 March 1945): “During the war years, more and more Londoners have taken to reading poetry, listening to music, and going to art exhibitions, although there is less and less of all three to be had in this shabby, weary capital. Most of the poets are too personally involved in the war to have attained that state of impersonal tranquillity which generates good poetry. Louis MacNeice, whose most recent collection Springboard was quickly sold out, is working at the BBC. C Day Lewis has a job at the Ministry of Information. Stephen Spender is a full-time fireman, and most of the younger poets are in uniform. Several have been killed, among them Alun Lewis, who was considered one of the most promising. The output of good poetry is small, but the public hunger for it is pathetically great.”‘ The photograph is of Henry Green in his Auxiliary Fire Service uniform. (Two Persephone-related points: one of our preface writers, Juliet Aykroyd, has written a superb play about Alun Lewis (which had its first reading in the shop last year): The Long Bones is to be on at Pentameters in the second two weeks of June. And Henry Green was the uncle by marriage of ‘country cousin’ who writes the Forum!)