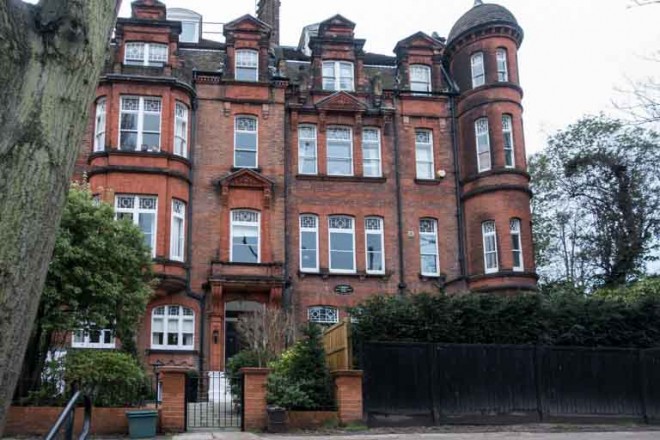 E M Forster saw Hampstead as something he in some senses despised and in some senses envied. Of Maurice (the novel that was not published in his lifetime which he wrote in 1910-12) the late Peggy Jay, the ‘queen of Hampstead’, would write that his description of the ‘“Hampstead” family, particularly the daughters, are a mirror image of my own’. She was one of the children of the Garnett family, then living at 21 Well Walk, and for Forster it came to represent the paradigm of family life, the family life he would never have (because of his mother and because of his sexuality) and of Englishness. It was Peggy Jay’s aunt, Hilda Garnett, who inspired Adela Quested in Forster’s final novel A Passage to India. There are many parallels between the real Hilda and the fictional Adela, who, like Hilda, lived in Hampstead, ‘an artistic and thoughtful little suburb of London’ and is familiar with ‘advanced academic circles, deliberately free’.