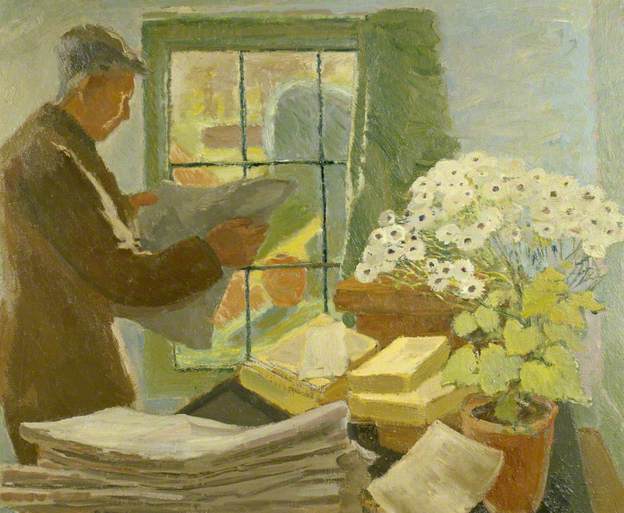 In her Persephone Preface Lyndall Gordon sees The Wise Virgins as being, crucially, about women’s lives.”What I should like to know is,” Harry presses Gwen, “how you live, what you do with yourself all day. I don’t understand it. That’s what’s interesting,” He gives Gwen books by Dostoevsky and Ibsen as antidote to virginity and vicar’s teas.’ In this respect The Wise Virgins is very like Reuben Sachs: both novels ask whether women shouldn’t do more than ‘fill their days with golf, visiting, chat, and good works.’  In 1912 when Leonard asked this it was the height of the Suffragette movement but of course his contemporaries did not realise that he was far, far in advance of his time in asking it – that he was an early and important feminist. The 1950 painting of Leonard is by Trekkie Parsons, with whom he lived after Virginia Woolf died; by the 1950s feminism was slowly beginning to catch up with him; but it would be another  thirty years before The Wise Virgins was first reprinted; and another twenty-five years after that before we at Persephone Books had the privilege of republishing it again and showing it for what it is: not only a superb novel but a great feminist document.