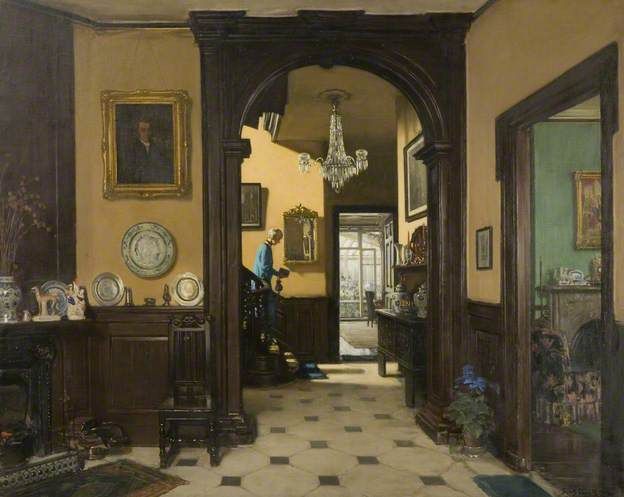 We were stunned and delighted to discover a Fred Elwell in Bristol. My Neighbour’s House was painted in 1929 and ‘acquired’, with great foresight, a year later. This is what it says on the always excellent BBC/PCF site: ‘The succession of rooms and the various light sources make a complex composition, meticulously painted, and the viewer’s eye is drawn through the house to where sunlight pours into the lounge. The artist’s choice of frame, which imitates seventeenth-century Dutch frames, suggests he was paying homage to Dutch masters of the interior, such as Pieter de Hooch and Johannes Vermeer.’ Indeed.