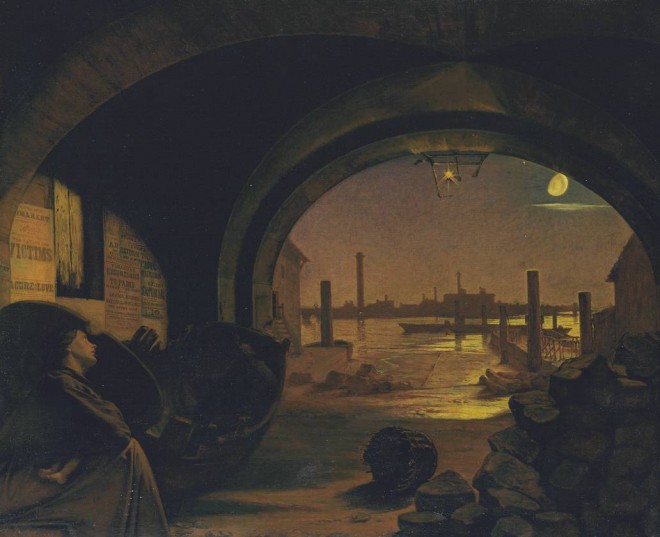 This is the third of the set. The children’s mother, now destitute, has taken refuge under one of the Adelphi arches, described by the Art Journal as ‘the lowest of all the profound deeps of human abandonment in this metropolis’ . Under her shawl she shelters a young child, clearly the result of her adulterous affair, which is now over. Directly behind her a poster advertises two plays at the Haymarket Theatre, Victims and The Cure for Love; another announces ‘Pleasure Excursions to Paris’.  Egg’s pictures demonstrate how in Victorian England the full weight of the moral code fell upon women. A man could safely take a mistress without fear of recrimination, but for a woman to be unfaithful was an unforgivable crime. As Caroline Norton, an early feminist, wrote, ‘the faults of women are visited as sins, the sins of men are not even visited as faults’. Some would say (we are thinking of modern divorce laws) that not much has changed.