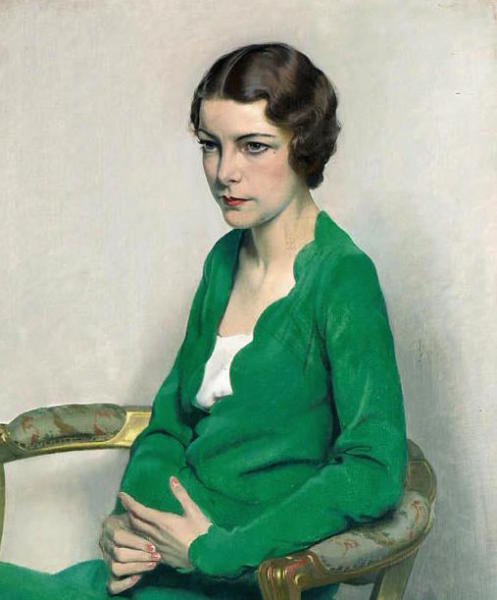 Portrait of a Lady Wearing a Green Dress 1929 is James Gunn at his inimitable best. As the 1994 Scottish NPG exhibition catalogue said: ‘His stylish portraits of the great and glamorous delighted critics and visitors to the Royal Academy’s annual summer exhibition for nearly four decades.’ He was the visual equivalent of John Galsworthy, Somerset Maugham, Charles Morgan or Compton Mackenzie ie. read by the same kind of people and, some would argue, now curiously dated. (In the way, others would argue, including ourselves, that ‘our’ authors eg. Dorothy Whipple or Norah Hoult or Dorothy B Hughes are not dated.)