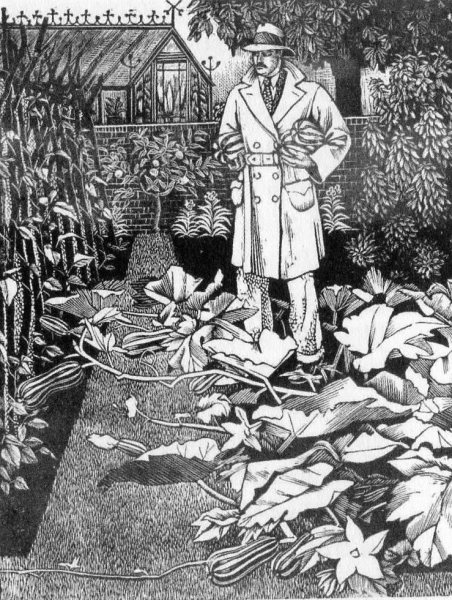 A second week of art (from the Towner exhibition) by the women in Eric Ravilious’s circle. Tirzah Garwood’s The Wife is often reproduced but The Husband is seen more rarely. There is some very interesting detail in Andy Friend’s book about why the Curwen Press calendar with a dozen wood engravings by Tirzah never appeared. Oliver Simon had asked the 21 year-old Tirzah to do twelve wood engravings for a 1930 Calendar and she completed a series ‘of startling originality and accomplishment’. But Oliver Simon took offence at a line drawing Tirzah had done for a BBC libretto of Ivanhoe showing Rebecca at the stake; he deemed it anti-Semitic, ‘an interpretation that squares with neither the visual evidence nor the artist’s lifelong sensitivity to prejudice…Ravilious tried to make light of the rejection’s ultimate significance but, reinforced by a negative reaction to her BBC drawings from the critic Gerald Gould, the blow to Tirzah’s confidence had longer term consequences.’ This is a fascinating and distressing theme: the damage to a young woman’s confidence done by criticism (often male criticism) and, paradoxically, her impulse to retreat into marriage and motherhood. Which is what happened. Although, in Tirzah’s case, she was a working artist between 1929 and the birth of her first child in 1935, it’s just that a lot of her work was ‘helping’ Eric Ravilious or designing papers which, although now in the V & A, were not reproduced at the time.