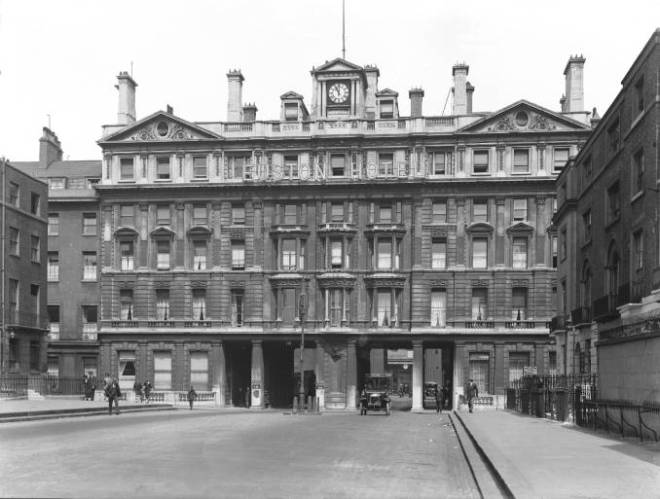 Chapter 5 of Bloomsbury called ‘Timing’ is about clocks, stations, museums, history, all melded in a slightly crazy but intensely stimulating way in one chapter. Take this sentence:  ‘Through the mixture of industrial and bohemian temporalities sustained by the area, Bloomsbury has evolved a fascinatingly conflicted relation to the present moment.’  It’s not quite clear what this means, but the gist is: Bloomsbury is where’s it’s at! The next sentence is : ‘It has also been the part of London most given to probing the past and speculating about the future.’ Hear, hear, it so is! The photograph is of the Euston Station Hotel (1839), alas demolished in 1963 to build the present, horrible Euston Station. The photograph was taken in 1925. Next time you have to go to Euston Station: grit your teeth and despair.