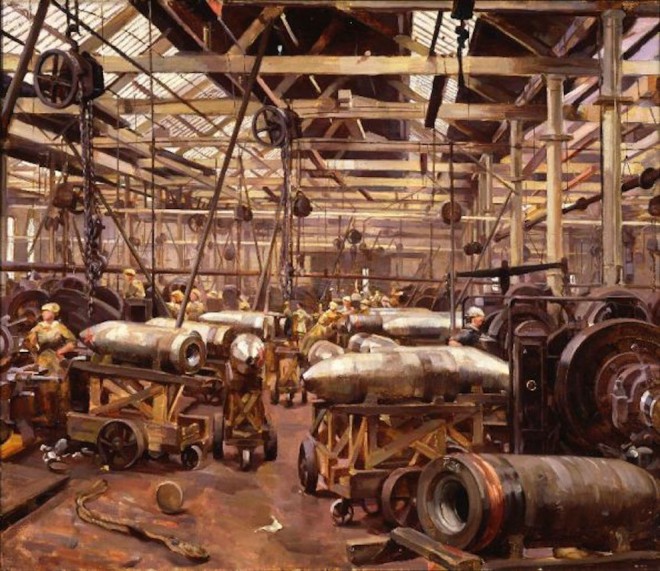 Anna Airy is the other amazing but unsung painter whom we discovered in York.  ‘A contemporary of William Orpen, Anna Airy trained at the Slade School of Art. She was one of the first women war artists, employed by the newly founded Imperial War Museum in 1918. Although a well-respected and successful female artist of her generation, the Munitions Sub-Committee of the IWM, which commissioned her, imposed strict terms on her contract of employment. These terms included their right to refuse a work and not pay for it. However, she successfully painted four large works for the Sub-Committee, each representative of a typical scene at a munitions or armament factory. Airy’s determination and adventurous spirit prepared her for the difficult conditions under which she had to paint inside the factories’ (Imperial War Museum site; this last comment seems something of an understatement). This is Shop for Machining 15-inch Shells: Singer Manufacturing Company, Clydebank, Glasgow.