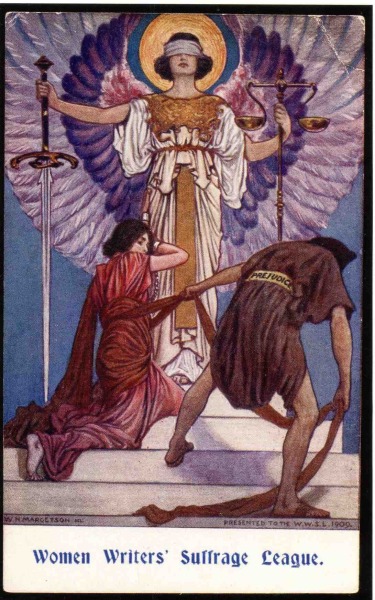 William Margetson’s design for a postcard 1909.  In 1908 his sister-in-law Bessie Hatton was one of the founders, with Cicely Hamilton, of the Women Writers’ Suffrage League. The image on the postcard inspired Cicely Hamilton’s A Pageant of Great Woman, which  premiered at the Scala Theatre, London, in November 1909. ‘After its phenomenal success there, raising the profile of women’s suffrage groups, it toured many provincial cities, reaching the Prince’s Theatre, Bristol on 5 November 1910’ (more details here).