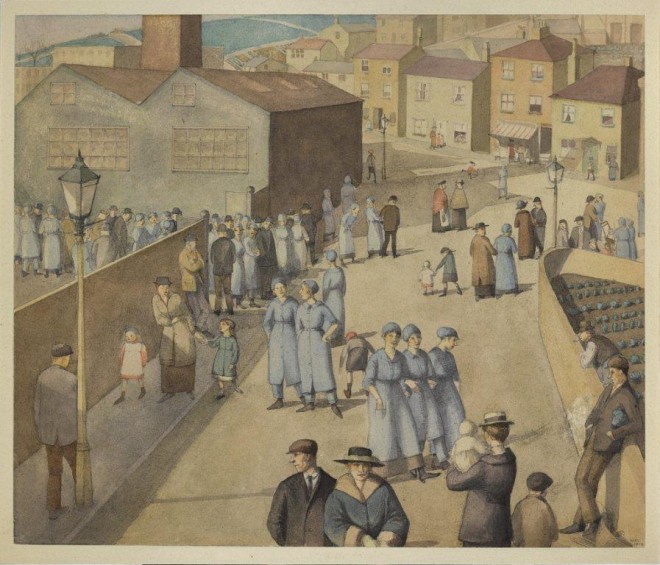 ‘Leaving the Munitions Works’ 1919 is a watercolour on paper. ‘By Armistice Day some 950,000 women were employed by the Ministry of Munitions. Although munitions production was a dangerous job that often involved working with hazardous chemicals, it was a relatively well-paid role for women, offering a degree of real independence. Through the depiction of a predominantly female workforce, who present a united and bold sisterhood, progress is seen to bring with it the economic emancipation of women rather than the destruction of the human spirit, and accordingly, industry is shown to be in harmony, not at odds, with nature’ (page 61 of the book that accompanies the Dulwich exhibition).