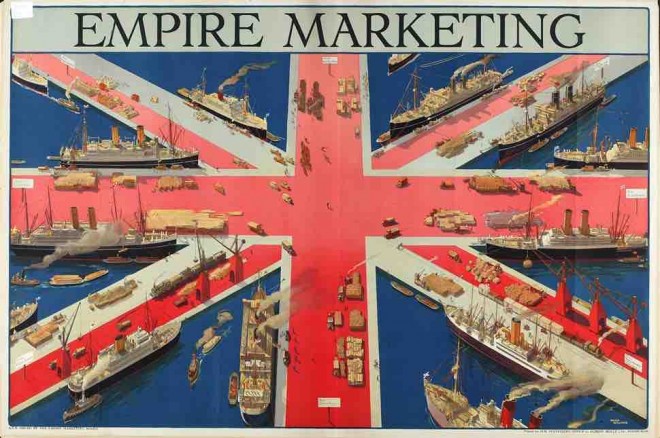 The Empire Marketing Board was formed ninety years ago, in 1926, by the Colonial Secretary Leo Amery, in order to promote inter-Empire trade and to persuade consumers to ‘Buy Empire’. It even had its own EMB film unit (led by John Grierson, often considered the father of modern documentary film) which produced dozens of films with  titles such as ‘Solid Sunshine’ (which promoted New Zealand butter), ‘Song of Ceylon’, ‘Wheatfields of the Empire’, ‘Industrial Britain’ and ‘One Family’. Nowadays the EMB is mostly remembered for the extraordinary range of posters it produced. This one was used for the entire period of the Board’s existence, from 1926-33.