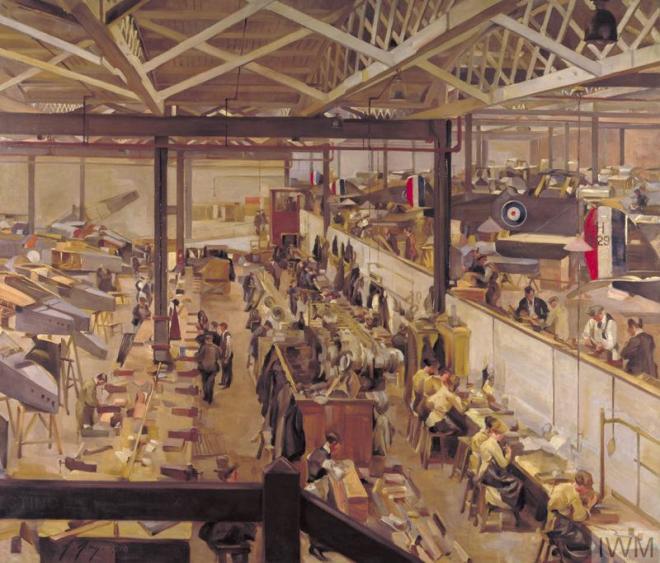 An Aircraft Assembly Shop, Hendon 1918. From the Imperial WarMuseum site here: ‘The scene is the interior of the Aircraft Manufacturing Company erecting shop with DH 9 planes in various stages of production. Air power became a critical factor in World War One and Hendon, with its large training school, a focus for aircraft production. On the left, the fuselages are being constructed to be run up the ramp at the back of the factory into the upper shop. There the machines are fitted out and given individual numbers and markings. Workers are grouped together according to trades, however, the layout represents the first tentative moves towards the mass production methods developed by Henry Ford in the United States.’ The painting is just over two metres wide and just under two metres high. So why oh why is Anna Airy not as well known as, say, Laura Knight? Or Winifred Nicholson? Or Dora Carrington? Some of her work (although certainly not all) is right up there with the best. Come along someone. Give her an exhibition.