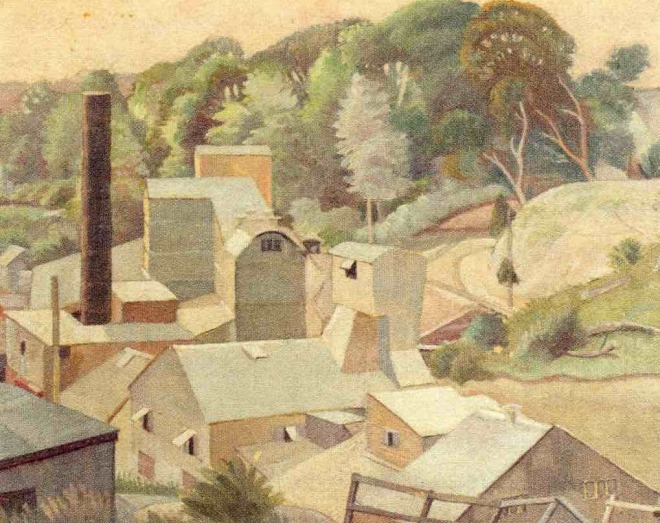 Peggy Angus painted the Cement Works in 1934: the Alpha Cement Works, the building of which was so agonisingly documented by Virginia Woolf. On this wonderful new dawn we are fantasising about all kinds of things: remaining part of Europe of course, but also cancelling projects like HS2 (the high speed train to Birmingham) and giving the money to libraries; lunch clubs; schools; parks; PEOPLE. It’s a not a question of ‘dream on’ any more; it’s now a perfectly plausible dream that a government ‘that plumbed the depths of individualism, self-interest, small-mindedness and hard-heartedness’ (letter from a Guardian reader yesterday) has, finally, had to listen.