We were mightily impressed this week when Lydia made a quantum coding leap and taught herself how to put A Merry Christmas and a Happy New Year on the ‘banner’ at the top of our website. 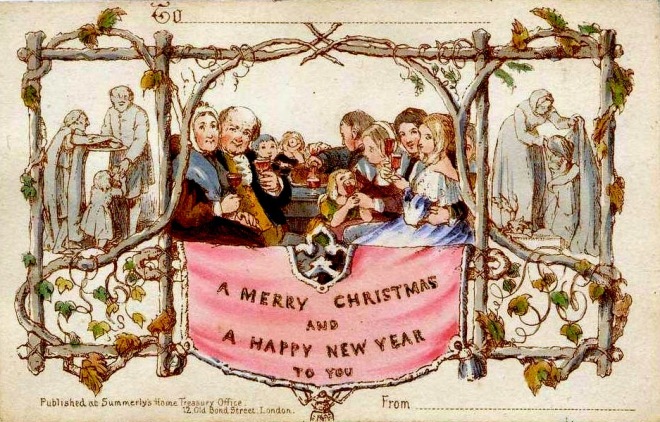 Anyone involved with a website will know what an achievement this is! The rest of you will just think it is easy. But it isn’t. (Apparently this was the first ever Christmas card in 1843.)

Meanwhile, the rest of us Persephone girls continue with our allotted tasks: the Post, this Letter, the Forum, the orders that come in through the website, getting the three April books ready to go to the printer on January 14th, answering emails, unloading pallets of books, serving customers in the shop… No wonder we are never bored.

Last week we had our (very busy) Open Day when our books were gift-wrapped free of charge and mince pies and mulled wine were served all day. Also at a Lunch in the shop Claire Tomalin spoke fascinatingly about her life in Bloomsbury.

Often people ask us where our flowers come from. The answer is that the fresh ones come from the very reasonable and lovely People’s Supermarket in our street, but these are mixed with silk flowers from Bloom. Some people think these are naff but our view is that if they are mixed indistinguishably with real ones they are witty and absolutely fine. When the first camellias come into bloom in the early spring, who will know the difference between a bunch plucked from a Cornish garden and these from Bloom? 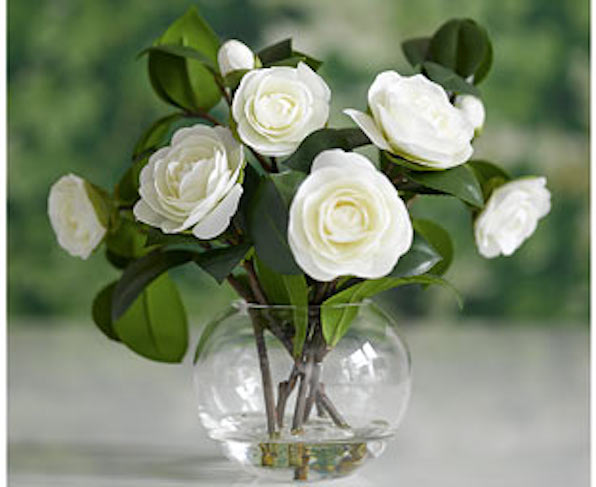 One of the presents we occasionally give someone who has a significant birthday is a bunch of flowers every month for a year. But actually for the same outlay one could buy six if not twelve silk arrangements from Bloom. (Super-efficient people do have twelve different silk arrangements and they rotate them according to the season e.g. snowdrops in February. But you need a larder or cupboard to keep the other eleven in!)

As ever we had a marvellous time at the Finborough Theatre, at The Melting Pot (1908) by Israel Zangwill (we shall publish his wife Edith Ayrton Zangwill’s novel The Call next autumn). The play was hugely interesting and has a curious link with ‘our author’ Amy Levy: the family in it are called Quixano, which is the surname of the heroine of Reuben Sachs, so surely this is a homage to the long-dead Amy Levy. Here is a review of The Melting Pot by The Arts Desk.

There was an interesting profile of one of ‘our’ preface writers Adam Gopnik by Hadley Freeman. A London Child of the 1870s was one of his and his wife Martha’s favourite books when they first came to live in New York, which is why he kindly wrote the Preface (in fact now the Afterword) for us. Adam Gopnik raises the question in the interview of what we call for shorthand ‘pass the sick bag’: how people should comport themselves if they are happy enough and successful enough. Inevitably, half the readers will think he is modest about his contentment, the other half will think him complacent. Maybe this is what the Referendum has taught us: half of us are happy, the other half are enraged. It doesn’t really matter what they are enraged by, they are fed up and want to pick a fight. Which is why a referendum is always a terrible idea, unless about some trivial issue (should trains run on time). Speaking of which, we have given up the Today Programmed, along presumably with thousands of other people (let’s not go in to the reasons why, that is too politically contentious) and instead read the ODNB’s Life of the Day and Samuel Pepys’s diary from the previous day.

There was an article in the FT about a new hotel in Bloomsbury called The Bloomsbury in the former YWCA (where some of us used to take our children swimming). Accompanying this puff for the hotel was a little map which had a dozen Bloomsbury landmarks and Lamb’s Conduit Street is one of them! (The Principal is the newly refurbished hotel in Russell Square. It’s a pity it couldn’t still be called the Hotel Russell but its American owners prefer the new P word and we must accept it.)

We still can’t stop talking about Howards End and, especially, Hayley Atwell. Here is a piece about her. Also there was an interview with her in Time Out in which she said, ‘London is the best city in the world. I love the eccentricity. It’s very forward-thinking and culturally progressive.’ Here here. Talking of culture, we are very happy that Lubaina Himid has won the Turner Prize.

And  we have been completely horrified by A Very English Scandal, which is one of the most unputdownable but frightful books we have read for ages. It is going to be on television next year with Hugh Grant and Ben Wishaw.

An article in the Guardian confirmed what most of us have always known, that women are better novelists than men. And fnally, the words of a German commentator: ‘Brexit is the biggest political nonsense since the Roman Emperor Caligula decided to appoint his favourite horse Incitatus as consul.’ We couldn’t have put it better ourselves.