‘I love XR, primarily for their values and determination, but almost  as much for their ability to harness, organise and get the best from people, with fluidity, humanity and trust, but none of the rigid structures  and hierarchies most organisations resort to. I reckon most businesses, and even governments could learn a lot from them.’

Thus Guy Watson of Riverford (vegetable boxes). He has always been a hero for us but is doubly one now for his incisive and intuitive understanding of the way XR works. Because it’s been a busy week in London, with all of us visiting the rebels to cheer them on, dog sitting while said rebels heroically sat atop wooden towers for eight hours, marching, and now on Saturday there is a People’s Vote march – before we all collapse exhausted. (The Persephone contingent will be meeting as usual at the Cafe Nero in Curzon Street at noon on Saturday, you will recognise us by our Women Writers for Europe banner – available in the shop free of charge this week.)

So politics has continued to dominate our lives and we are mighty sick of it/them. But better to be involved than disinterested and dull. And there has been some good news: XR has behaved admirably and, as the FT pointed out here : ‘The legislation blocking a no-deal Brexit, the so-called Benn and Cooper-Letwin Acts, were works of immense skill and cross-party co-operation. MPs like Hilary Benn, Yvette Cooper, Oliver Letwin and Dominic Grieve should be celebrated’ – and we do indeed salute them, heartily.

We were very sad and sorry that Henrietta Garnett has died. She spoke at one of our Newnham conferences a decade or more ago and was engaging and fascinating. Here is the 1960 painting of her by her grandfather Duncan Grant: 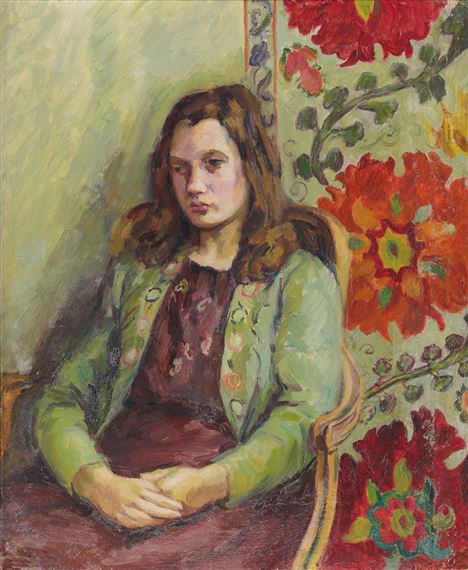 As the Guardian obituarist James Beechey said: ‘None of life’s vicissitudes could dent Henrietta’s bewitching beauty. She was droll, mischievous and uninhibited. She could be exasperating – a menace, even, after one glass too many of red wine – but she was also deeply affectionate and intensely loyal. Quiet courage was perhaps her most impressive quality, a stoical refusal to succumb to self-pity which she maintained till the end.’

Phoebe Dunn who used to work at Persephone now works at the Koestler Trust. They have an exhibition called Another Me at the Royal Festival Hall which is exciting and uplifting, do try and get there (before November 3rd).

We were delighted that Goldsmith Street in Norwich won a prize. It is something rare: a street of terraced houses built by the council and rented at fair social rents to local people – rather than a soaring and difficult -to-live-in tower block. 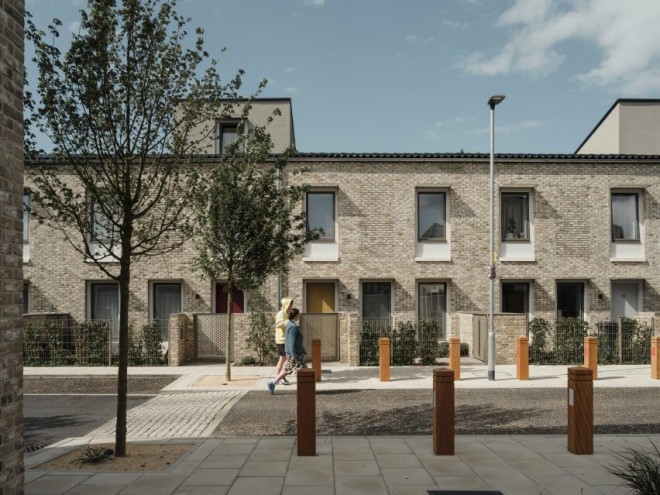 As Simon Jenkins said in this good article: ‘The customary claim that cities need to build high to cram in more people is simply untrue. Except at Hong Kong densities, towers rarely house more people than “high density” low rise” like Goldsmith Street…Norwich offers what the Create Streets chief, Nicholas Boys Smith, hails as “walkable, gentle density”. Its message is not just that the public sector can, at last, take some initiative in local housing. It is that an age of architectural brutalism is at long last passing. One more civilised and sensitive to the stress of urban living is taking its place.’

Finally a reminder: if Brexit happens ‘we will be choosing the unilateralist, nationalist, populist, bullying, xenophobic, dictator-appeasing, environmentally negligent values of Trump’s America over the progressive, tolerant, green, alliance-building, human rights-supporting value of those in our own continent who have been loyal friends and allies for the past half-century’ (Martin Fletcher in the New Statesman).