Here is the good news. There are 202 Labour MPs of which 104 are women. The chances of the next leader of the Labour Party being a woman are very, very high. Let’s all remember this as we dry our tears and roll up our sleeves for the fights that lie ahead. And there is one other bit of good news. Now that the former solidly Labour seats of the North of England have gone Tory, Boris Johnson and his cronies will have to listen to their woes, have to do something to regenerate the North (apart from the stupid HS2 – a  pointless and destructive ‘high speed’ railway line that ignores the fact that the existing railway line could just be upgraded).  It seems from what the commentators  are saying  that the new Tory government will have to become more moderate. But will Jacob Rees-Mogg (who stars rather too obviously in Tory Heaven by Marghanita Laski) have his fantasy of dividing us into five categories ranging from As (the privileged) to Es (intellectuals)? Tory Heaven is essential reading at the moment, we have sold probably a hundred copies in the last few days.

What was heartening for us is the number of people who came into the shop, brought flowers (in ‘the colour purple’) and sent emails. Lydia was ill on Friday, a partly psychosomatic reaction to the news. But she is better this week and is beavering away on ‘fulfilling’ the orders (200 on Monday morning) and trying not to think about all there is to do before her baby is born. Actually her being away on Friday was very good for Rosie and myself as it forced us to confront office issues which we are usually spared – where the spare credit card roll kept, when should we put out the rubbish? If you come in to the shop in January and things seem a bit chaotic, bear with us as they say. We shall learn.

Apart from politics, and there isn’t much apart at the moment, everything has been fine in Bloomsbury (and thank God we have kept our MP, Keir Starmer, and with an increased majority). We are much looking forward to the new Little Women, quite enjoyed So Long My Son (it is rather long!)  and are going to watch Helena Bonham-Carter’s My Grandparents’ War next weekend. Amelia Gentleman’s book about the Windrush scandal is our essential reading at the moment (although it is shattering about the Home Office).

Next spring the British Library will have a new exhibition, to which we are very much looking forward, focused on women’s rights, details here.

One of the highlights of this autumn was going to hear  the Bach Choir singing Roxanna Panufnik’s Four Choral Seasons, in which she set four poems to music. One of them was Laurence Binyon’s ‘Now is the Time for the Burning of the Leaves’ which contains the marvellous line, adapted by Hilda Bernstein  for the title of her book, ‘The world that was ours is a world that is ours no more’. It was very moving hearing ‘our’ book title being sung, and doubly moving because the four pieces were by a woman composer.

Last month there was a huge celebration of George Eliot since she was born on 22nd November 1819. There was a good Guardian leader which observed that Middlemarch‘s grown-upness (Virginia Woolf called it ‘one of the few novels written for grown-up people’) ‘lies partly in the way that George Eliot calmly offers the reader not fairytale endings but marriages beset by compromise and dissatisfaction, by talents left unfulfilled…Eliot’s artistic virtues – wisdom, kindness, intellectual honesty, moral seriousness –   may seem old-fashioned, even off-putting, but her deep, encompassing humanity and her penetrating intelligence are needed more than ever in our fractious, fragmented times.’ Here is the link to the first episode of the dramatisation of Middlebmarch on BBC Radio 4.

We were mentioned in a ‘tour of literary London’s most iconic bookstores’ in the Vancouver Sun here. It said that at Persephone ‘staff members work both sides of the business, and their inside knowledge of the stock means they are unusually skilled at hand selling. I asked whether they had any good novels about London and was being rung up for a copy of Norah Hoult’s There Were No Windows from 1944 in a matter of seconds.’

And of course we were very, very pleased that Time Out chose us as number 14 in its list of 100 best London shops! It described us as ‘piled high with lovingly curated reprints of books by unfairly neglected female authors… cosy and welcoming but there are some surprising and challenging texts on its shelves.’

An exhibition has just opened at the Wallace Collection called Forgotten Masters: Indian Painting for the East-India Company, details here. It draws on the thousands of watercolours commissioned from local artists by company employees and their wives, chronicling India’s flora and fauna, its people and architecture. For anyone who has been to India this exhibition, which runs until April 19th, is a must. It will be on the Post next year too. For now, here are two watercolours: 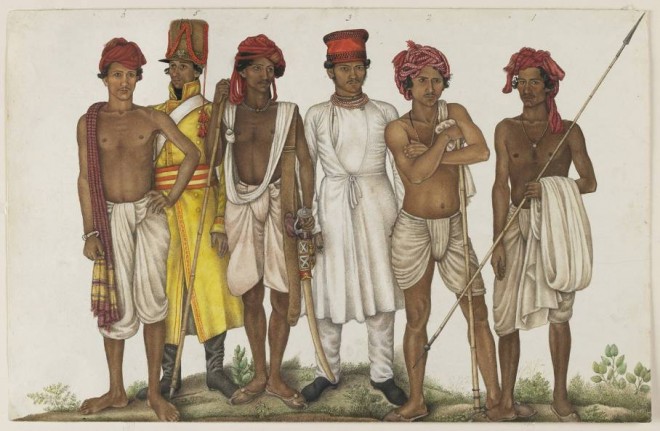 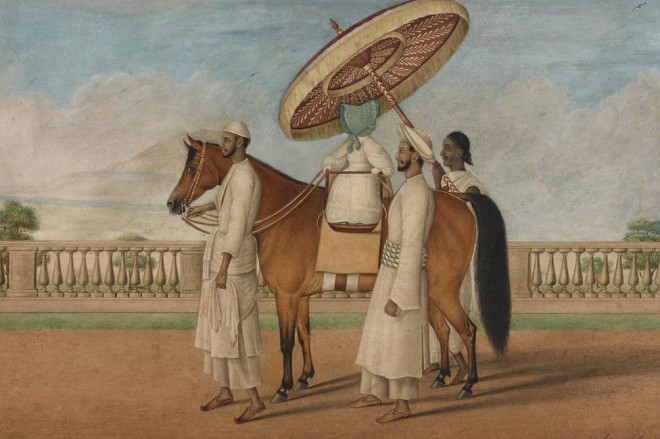 This portrait of Dickens aged 31 was discovered at a sale in South Africa two years ago and has now arrived at the Dickens Museum in Doughty Street. Do go and look at it (and enjoy their excellent café). 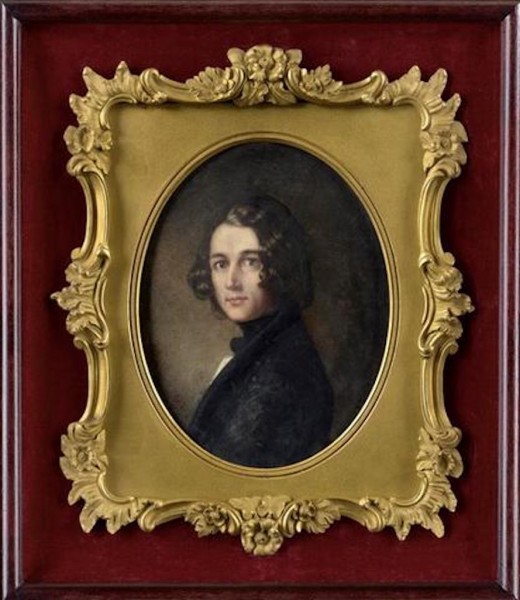 Finally, a marvellous 1940  self–portrait of Denton Welch which was recently sold at our neighbour Abbott and Holder. 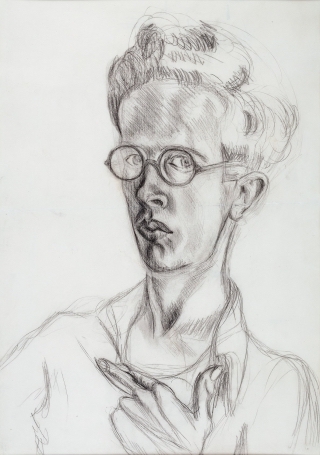 And a picture of Grays Inn Road taken from the website of another neighbour, the antique shop Fisher London. Do visit them when you are next in Bloomsbury, the owner of the shop has a superb eye. 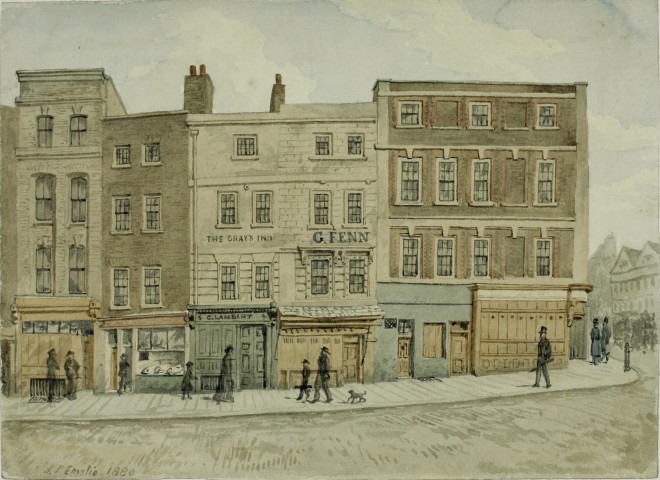