The Independent chose our diary as one of its thirteen best diaries  for 2017. It said: ‘This one is a real treat for avid readers and social history lovers. London-based Persephone Books publishes out-of-print and little-known titles every year, mostly novels by women written in the interwar years. Though the collection is predominantly lesser-known authors, there are a few names you will recognise, such as Richmal Crompton, known for her William series for children, as well as Virginia Woolf and Noel Streatfeild. The books published are the authors’ less-celebrated works (Crompton penned 40 books for adults, for example). Whatever the subject, Persephone books feel special: all have smart dove grey covers and inside, a decorative endpaper that evokes the spirit of the book, a fabric design from the time the author was writing, say, in colours or forms that reflect the mood of the text. The annual diary includes all 120 endpapers, along with the first sentence of the corresponding book and a little explanation for each one. Diary-wise, you get a week to view on one side but as it’s a bit smaller than A5, this is one for important dates and anniversaries rather than a daily agenda. The weighty, quality paper makes it quite heavy so Persephone Books says that it probably works best as a desk diary – and we agree.’

There are details here of a talk on November 23rd at 6 p.m. at Senate House called Conceiving Histories. ‘Whether hoping for or fearing pregnancy, the wait to find out can be difficult. What was it like for people in the past, before home pregnancy testing was available? What hopes, fears, dreams and fantasies attended the wait historically? Explore the history of pre- and early pregnancy with artist Anna Burel, and literary historian, Isabel Davis.’ 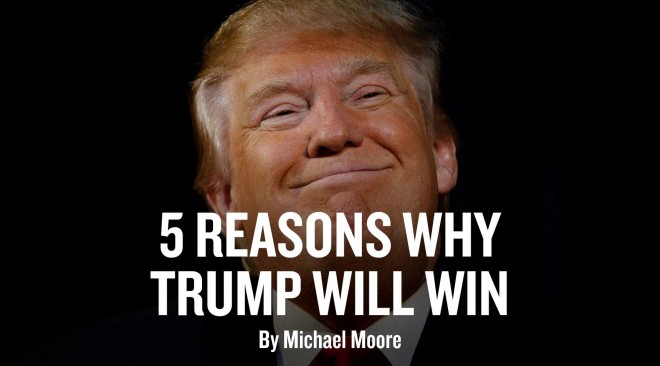 We rather wish we had read it before the disaster actually struck. And there has been a lot of discussion in the shop (prompted by one or two emails which ask us to ‘keep off politics’) about whether we can ignore the turmoil going on in the world. Surely not. Publishing is Political after all. As a friend wrote to us (when we asked him if we should simply ignore Brexitism and Trumpism): ‘Politics is about views, and actions, about humanity, our fellow citizens and neighbours in the locality. Any honest and reputable publisher will publish books which include these themes; otherwise they would be indulging in the most cowardly and disreputable self-censorship. Whether any one agrees with an author is a different matter. But publishing different views is essential to promote informed debate.’ Nevertheless, some Persephone readers think we should only publish different views but not make it plain which side of the debate we are on. Obviously we don’t agree with this: the very fact that we publish half a dozen Jewish novels, an anti-apartheid memoir, The Expendable Man (which was published at a time when there were still benches in the American South saying ‘Whites Only’) and a suffragette novel – all these make it plain that we are unapologetic liberals. But apologies to anyone who would rather not know about our political vantage point. However, there are many, many small publishers (ten thousand indies in the UK alone) and a good proportion of these are careful to keep their political stance totally opaque, so anyone who is offended by our outspokenness will surely find publishers galore that they prefer.

Adam Gopnik, one of our Preface writers, published a piece in The New Yorker about what to say to your children when the man they have (rightly) been brought up to regard as a monstrous figure is suddenly their president. He comments: ‘They learn about the brave path of the slaves’ fight for freedom, about the rise of feminism, and with these lessons they learn to be rigorously skeptical of the patriarchy – without necessarily seeing that the patriarchy survives enraged.’ This is the same point that Michael Moore made,  when he gave a small peek into the mind of the Endangered White Male. ‘There is a sense that the power has slipped out of their hands, that their way of doing things is no longer how things are done. After having had to endure eight years of a black man telling us what to do, we’re supposed to just sit back and take eight years of a woman bossing us around…This has to stop!’ As Hadley Freeman said in the Guardian: ‘On Tuesday the Times headlined its editorial about the election ‘Tough Choice’ as if the decision between a woman who used the wrong email server and a racist, sexist, tax-dodging bully wasn’t, in fact, the easiest choice in the world.’ And here is a perceptive (if depressing) piece by Katie Roiphe about why not enough people voted for Hillary Clinton. Finally: Richard Dawkins wrote a letter to the Guardian: (with reference to Brexit and the Supreme Court) ‘Ah, so those red-white-and-blue British patriots who fought to “take back control” are now fighting in court to gag our sovereign British parliament. Gilbert and Sullivan – even Monty Python – couldn’t have made that up.’  But nor could one have made up a Trump in the White House.

The good news is: there will be a Christmas Shopping event in Lamb’s Conduit Street on December 1st. 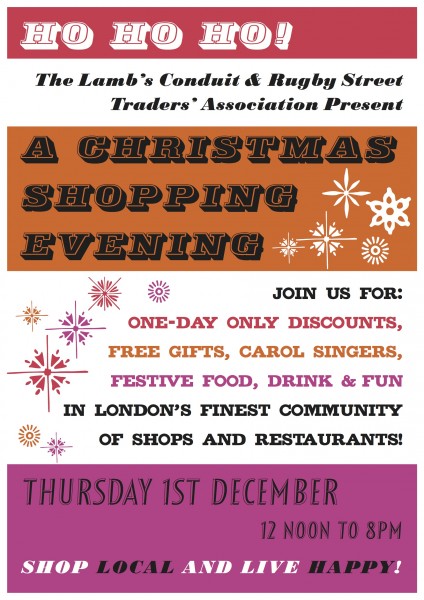 We shall have mulled wine, cups of tea and Konditor and Cook mince pies on hand all day.