The three new books have been published and we are busy ‘fulfilling’ orders, always one of the most fun part of what we do: it is marvellous having an idea for a book (‘why don’t we reprint Tory Heaven and surely its satire will by now seem unrealistic and bizarre, without a grain of verisimilitude?’) and then, a year later, seeing people sending in their orders for it. (It was reviewed here by Nudge and on the Waterstones site here.) However, three women in a shop in Bloomsbury putting books in envelopes is a little bubble of luxury compared with what is going on in most of the retail trade. There was a rather shattering article in the Guardian by John Harris about the vast unemployment that is going to be caused when all fulfilment is done by robots. It is headed ‘Ten million jobs could be gone in 15 years. What then?’ What then indeed. And will there be a ‘high street’ any more, in fact will shops like Persephone Books or La Fromagerie exist in the not so distant future or will all shopping be done online? But then the epidemic of loneliness, which seems to us to be a true epidemic, will get worse and worse and worse…

The beautiful Peter Nyssen flowers in the window boxes are, alas, nearly over and about to be replaced with pink geraniums, watch this space. But it must be warmer in Bloomsbury because the Peter Nyssen tulips in North London are still flowering madly. 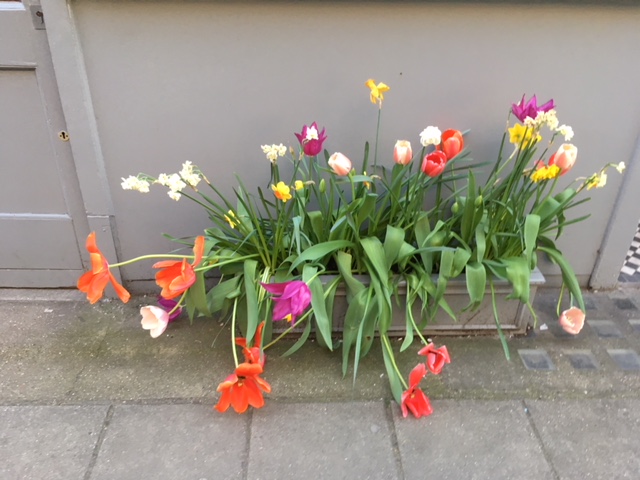 Last weekend we stayed at the Landmark Trust’s extraordinary Clavell Tower and had a nine mile walk along the Dorset Coast Path to Worth Matravers (yes, putting books in envelopes all day makes one very fit).

And there was an excellent talk at Abbott and Holder about Claire Leighton by her nephew David Leighton; and as well there was a chance to admire the Gwen Raverat wood engravings which were also on show. 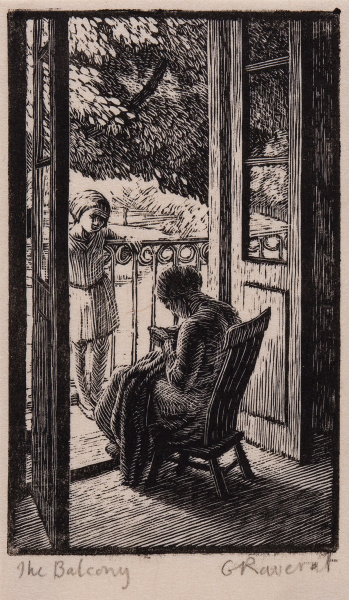 This week we went to the to the LSE to see the 1910 Fabian Window, more details here. Maud Pember-Reeves is fifth from the right, it is particularly interesting because 1910 is exactly the time when she was doing the research for Round about a Pound a Week (1913), setting off several times a week from Kensington Church Street, her notebook in her pocket, to go to Lambeth to talk to the subjects of her book. 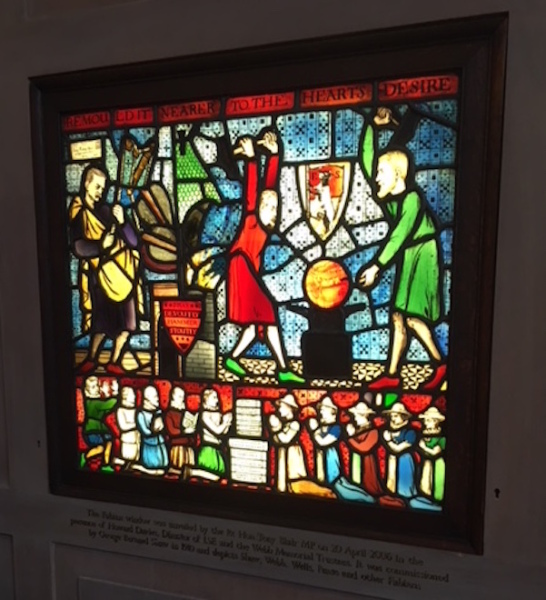 In the last Letter we mentioned the Sampler exhibition at the Fitzwilliam in Cambridge but forgot to mention the exhibition of studio pottery: ‘Around 1900, independent potters started setting up their own studios to make individual pots by hand in reaction to mass-produced ‘soul-less’ industrial ceramics. The work they made became known as ‘Studio Pottery’. Inspired by historic examples, particularly from China, Japan and Korea, they aimed to find a new approach that would also resonate with the contemporary world.’ Here is a late 1950s breakfast set by Lucy Rie. Ever since the introduction of tea and coffee to Britain in the seventeenth century, tea and coffee services have formed an important part of ceramic factory production. At first glance, these sets seem a less suitable format for the studio potter. The creation of a large number of pieces, usually identical to one another in shape and size, seems particularly suited to mass manufacture. But Studio Potters did make sets, sometimes as a design challenge, and sometimes for much-needed income. They tried to balance the efficiency of repetition with a lively form, thereby meeting industry halfway.’ 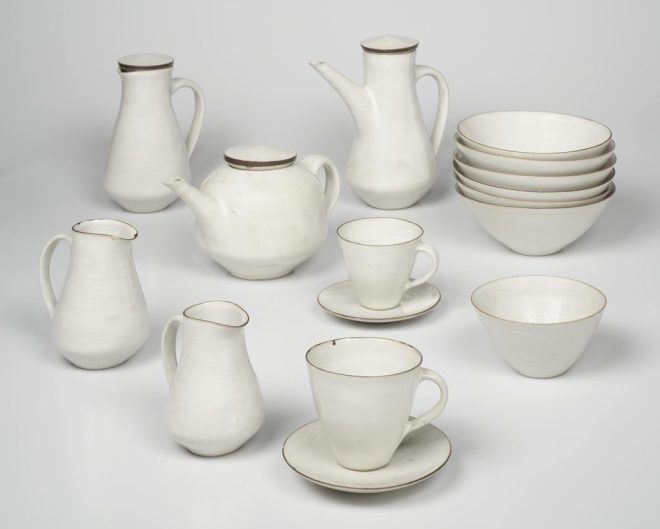 For us May seems to be the month of theatre going:  The Writer by Ella Hickson with our favourite Sam West, The Inheritance  (‘inspired by Howards End’) at the Young Vic (the first part, hoping that the Morgan Forster character is in both parts, because that’s why we’re going) and Hamilton. We are also planning to go to David Haig’s Pressure which has been touring to great acclaim and opens in London in June; there was an interesting discussion on the BBC World Service  between two feminist publishers Urvashi Butalia and and Susan Hawthorne; and the big treat of this coming weekend will be watching Series 2 of Mum – totally recommended.

Finally, the Parliament Square statue of Millicent Fawcett by Gillian Wearing was unveiled last week. This is something to be very happy about as we finish proof-reading our forthcoming suffragette novel The Call. Who would have thought it… 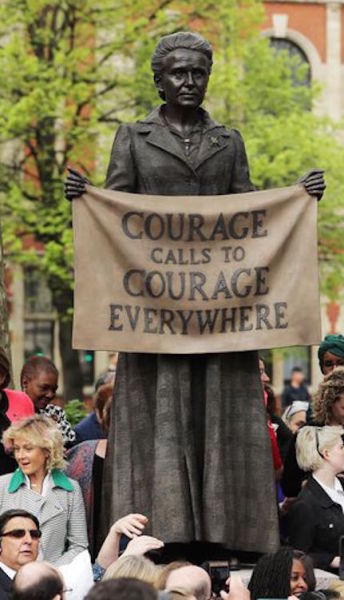