The important event of late August was the reappearance on our screens of Rufus Sewell: once Lord M is replaced by Albert, we shall stop watching. But it is rather shattering comparing the divine Rufus with the real Lord M. 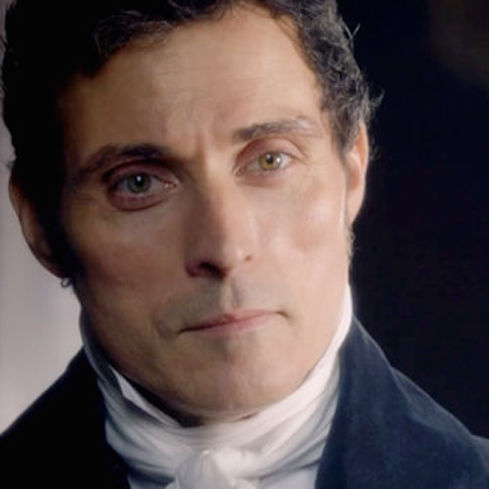 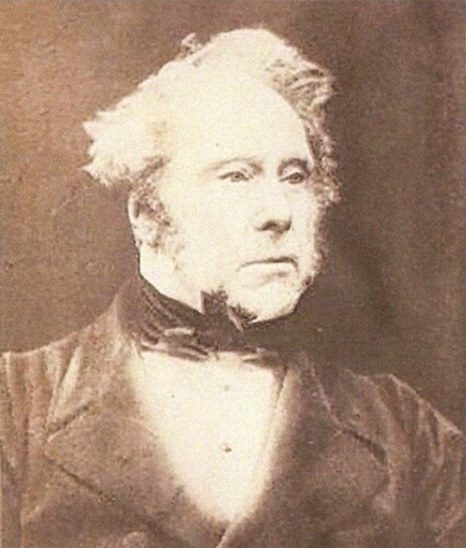 However, for the moment we, along with the rest of the nation, are swooning away as we have not done since Rufus Sewell first entranced us in Arcadia twenty-five years ago and in Middlemarch twenty years ago (we sell the dvd in the shop, here is a clip).

There were two performances of a ‘short, intense, one-woman opera’ called Iris Dreaming about the ‘sad but intrepid’ (Observer) life of Robin Hyde.

We hope that this can be performed in the shop next year. The structure of the opera is described here.

In Bloomsbury we are still mourning the referendum being ‘won on a drumbeat of anti-foreigner sentiment’ (Independent) and we went on the pro-EU march on Saturday. 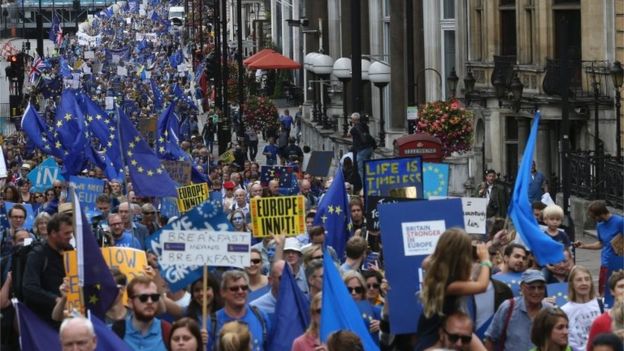 Of course we accept that 52% of people, and therefore presumably of our readers, voted to leave the EU; but this majority has, in its turn, to accept (and mostly does) that the 48% is in mourning exactly as if someone had died. Paul Mason wrote a good article about what to do since it is apparent ‘the economic elite of Britain simply does not want Brexit’.

There was a piece which asked why Artemisia Gentileschi is not better known and concluded that ‘she has remained in the second string for the same reason that Emily Dickinson published just seven poems in her own lifetime. Their oeuvres were dismissed as too confessional, too sentimental, and above all too female, to possess the so-called universality crucial for acceptance by the canon.’ The heading was Canon Fodder and it was here.

On 31st October there is an auction in aid of the Artworkers’ Guild. We are rather tempted by this metre length of a fabric designed by Rex Whistler 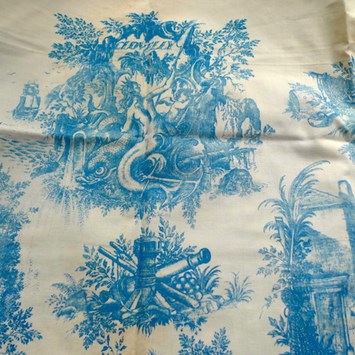 and by  three ladder-back chairs: 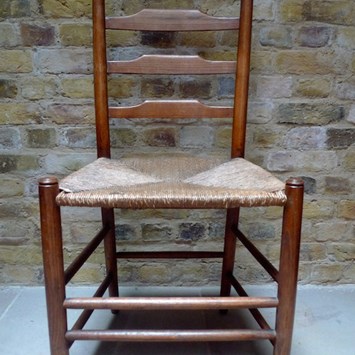 Obviously we have to go to The Childhood of a Leader (trailer here) about the childhood of a socipath. This is especially relevant in the week which has Helen Archer’s trial on The Archers. Will the jury realise that Rob Titchener is a sociopath? Probably not. Alas. And alas as well, The Light Between Oceans (trailer here) is probably too much of a weepy for us. But we sell the book in the shop.

Our holiday in Sussex finished with a visit to Farley Farm, the home of Lee Miller and Roland Penrose after the war, which is beautiful and fascinating and in atmosphere rather how Charleston was ten years ago. It is only open on Sundays but hugely vaut le detour. 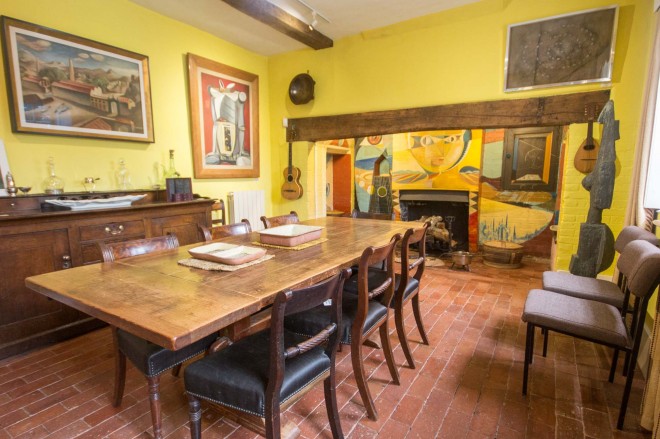 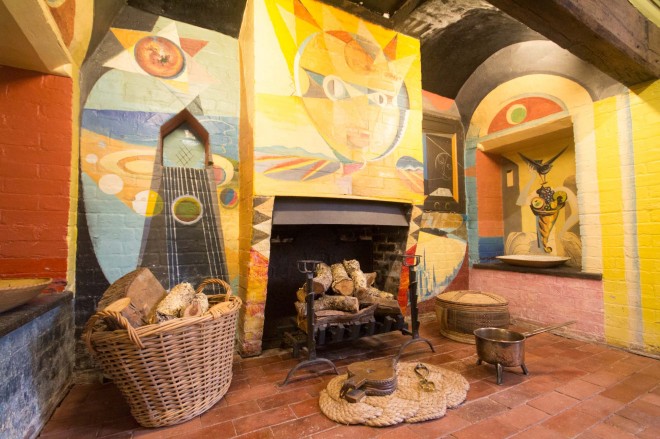 We were pleased that the Asheville Citizen in the US reviewed Florence Foster Jenkins and that ‘if there’s been a better New York period comedy since Miss Pettigrew Lives for a Day I’ve forgotten it.’ And here is a funny piece about ‘what it’s like to date a man who won’t read women writers’. And we very much liked the list of ‘posh pick-me-ups’ in Tatler: 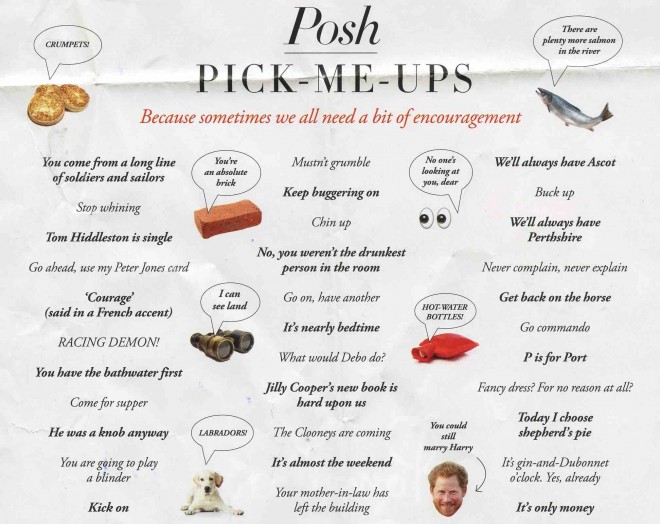 Surely nothing in life can go wrong if one mutters some of these over and over again, sometimes under one’s breath. (Nb. Jilly Cooper’s new book is published this week and we shall have it in the shop, she is one of our preface writers after all.) Also do read George Monbiot on why he is vegan. We are trying to be, and as a result have a new favourite restaurant in Theobald’s Road, Woolley’s which we recommend to all visitors to the shop.

Finally, do read this obituary in the Economist of Qusai Abtini, a child who was killed in Aleppo.