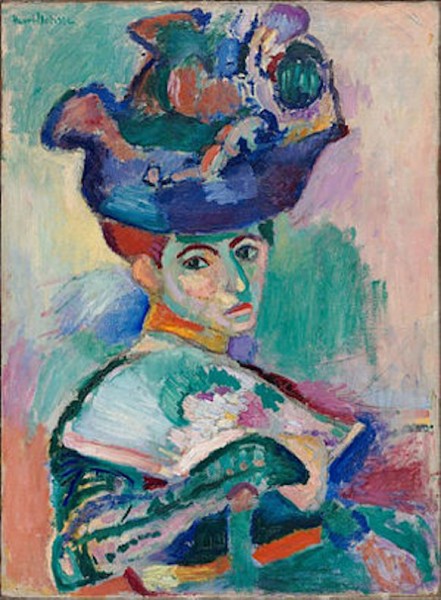 Unbelievably, we are now in the eighth week of lockdown. More about life at Persephone on the Letter tomorrow. Meanwhile, the Post is going to France  – a tiny effort to make up for not being part of Europe Day on Saturday – the sadness! the humiliation! – and taking inspiration from an interesting (if rather odd) documentary on BBC2 called ‘Becoming Matisse’ (available for another two weeks in the UK but probably also available in other countries as it was clearly made for a wide audience). ‘Henri Matisse is one of the most beloved painters of the 20th century [who] wanted his art to transcend the darkness and violence of the modern age. This alone has often seen him written off as a populist crowd-pleaser, not really a serious artist. Yet what we now tend to forget is that at the beginning of his career, he was a rebel and a revolutionary – one of the first artists to tear up the rules of western art to bring it into the modern world … considered so shocking that he was ridiculed by everyone – by the critics and the public, even by many of his fellow artists.’  Woman with a Hat was painted in 1905, more details here. (The Forsterians amongst us might notice that 1905 was the year of Where Angels Fear to Tread. Just consider the opening sentence: ‘They were all at Charing Cross to see Lilia off’…’  This is an incredibly modern sentence. No novel before Angels would have begun like this.)