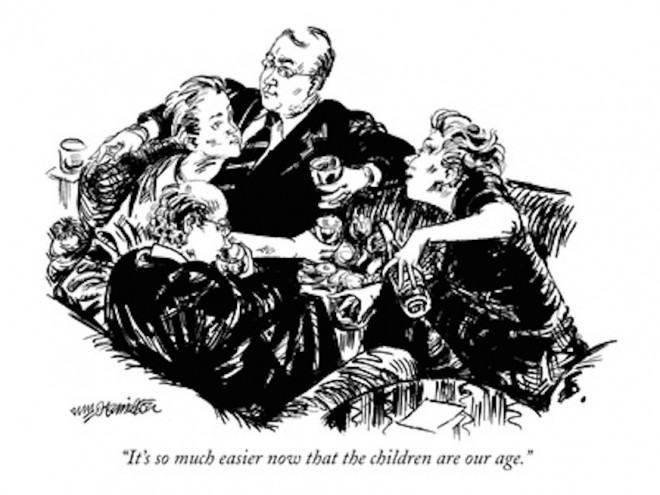 After William Hamilton died in April, The New Yorker wrote about him, and tributes flooded in; one of them was from Roz Chast: ‘William Hamilton was the real thing. His cartoons had a distinctive visual style and voice. They took place in a specific world: that of upper-middle class, socially ambitious, attractive men and women, at home, at cocktail parties, and in restaurants. They were ‘Hamilton people.’ His cartoons were funny, but they were not just jokes. They were closely observed social critiques done by someone who was both inside and outside of the world he was critiquing. I often think of one or another of his cartoons. One of my favorites is of a Hamiltonesque couple at a restaurant with their adult son and daughter and they all have cocktails. The mother or father says, ‘It’s so much easier now that the children are our age’ (rest of the New Yorker piece here).