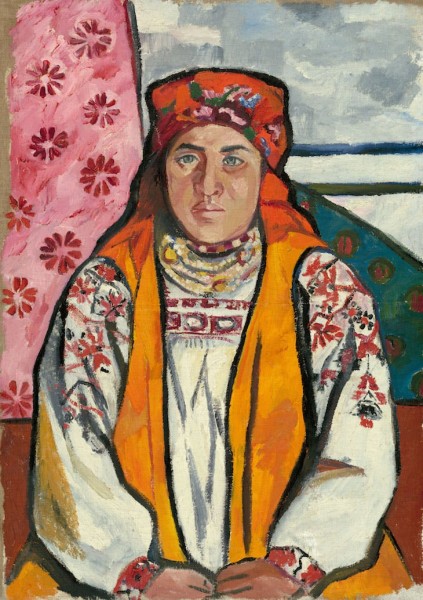 A Peasant Woman from Tula Province 1910. (In 1924 Virginia Woolf wrote: ‘On or about December 1910 human character changed’: ‘The date refers to the seminal exhibition Manet and the Post-Impressionists organised by Roger Fry. This change in human character caused a domino-effect: “All human relations have shifted – those between masters and servants, husbands and wives, parents and children. And when human relations change there is at the same time a change in religion, conduct, politics, and literature.” Modernity, as defined by Virginia Woolf, is a society and culture in flux. With references to breaking, “smashing and crashing”, and chaotic noise, Woolf presents modernity as fragmentary and unstable’ (here).