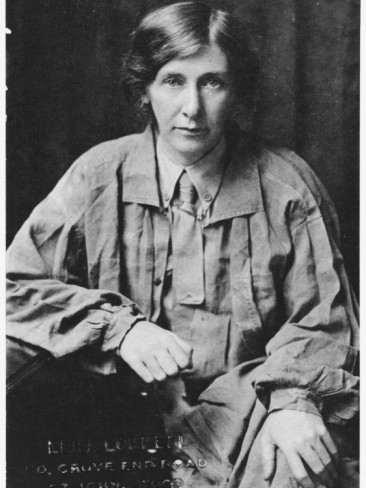 ‘What use was the vote as a weapon against German guns, submarines and Gothas? The problem of the moment was to keep ourselves alive, and while a people engaged in a life-and-death struggle, it is apt to lose interest in matters which yesterday were of sufficient importance to raise it to a fury of dispute… I remember – how well I remember – receiving official intimation that my name had been placed on the register of the Chelsea electorate. I was in Abbeville at the time, and, as the post arrived, a battery of Archies began to thud; an enemy aeroplane was overhead taking photographs. I remember thinking, as I read the notice, of all that suffrage had meant for us, a year or two before! …and that now, at this moment of achieved enfranchisement, what really interested me was not the thought of voting at the next election, but the puffs of smoke that the Archies sent after the escaping planes.’ Thus Cicely Hamilton in her autobiography Life Errant: when this particular ‘nasty woman’ wrote William – an Englishman that year (1918), a satire on the fight for the vote took second place to the realities of the war she had just endured.