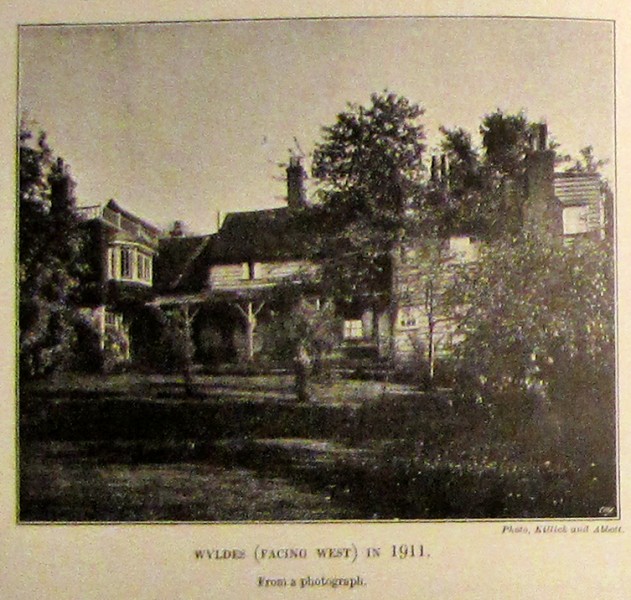 In 1884, when she was thirty, Charlotte Wilson and her husband rented Wylde’s Farmhouse at the northern tip of Hampstead. She was by now on the executive committee of the Fabian Society and established a radical political study group which she named the Hampstead Historic Club. For a time it met at Wyldes once a fortnight. The meetings attracted feminists, revolutionaries, reformers, economists, marxists and anarchists, among them George Bernard Shaw, Sydney Webb, Annie Besant, Ford Madox Brown, Sydney Olivier, Olive Schreiner, Havelock Ellis and E Nesbit: ironically, a quiet almost rural retreat for creative people had become a battleground of politics, arguments and dissension. In 1887 Charlotte and her fellow anarchists were effectively squeezed out of the Fabian Society and eventually Charlotte left the anarchist movement. She made many alterations to Wylde’s and was active in the preservation of Hampstead Heath  –  like so many un-named men and women to whom we should be eternally grateful.