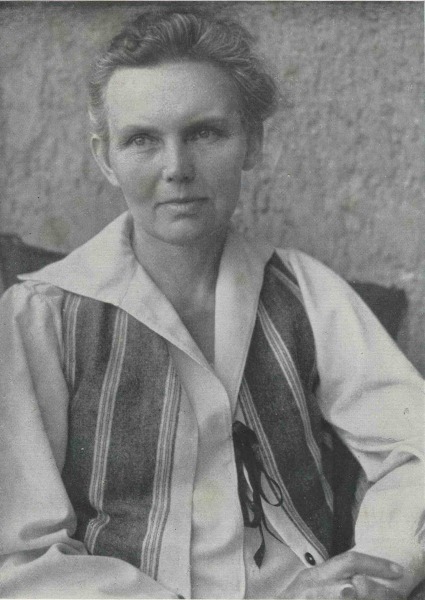 Whoever compiled the book had a very good eye for the interesting person. One looks someone up slightly diffidently, not expecting their name to come up on the web, only to discover that in the case of  Marie Elisabeth Luders (don’t forget the five to go on the Post were chosen simply on looks – interesting and memorable – not for who they were, because in fact we had never heard of any of them) she was ‘a German politician and one of the most important figures in the German women’s rights movement’. This from Wikipedia: ‘Her lobbying group and writings were more or less banned in 1933 by the Nazis,  who then proceeded to jail her in 1937 for her outspokenness. She was released after four months, due to international outcry from women’s rights groups and diplomats alike. After the war, she joined the Bundestag. During her time in parliament, she worked on women’s rights issues. She was unmarried, but had a son in 1922, which was considered scandalous at the time.’ Actually it’s rather humbling – if one goes on looking Marie Elisabeth Luders up on the web she is obviously very very well-known in Germany, there is even ‘The Marie-Elisabeth Luders Haus in the new government quarter of Berlin.’