So after the heat of Los Angeles, we flew via Seattle to Victoria. Here we stayed at the extraordinary Empress Hotel. 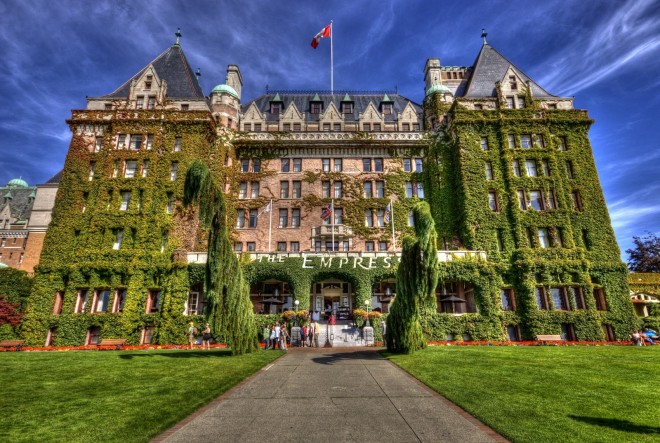 This was appropriate as it was designed by Francis Rattenbury (a distant relation) and we had come to Victoria in search of his buildings. We were also in search of poor Alma Clarke Rattenbury (subject of the Post on March 30th), articles here and here for those who haven’t seen it. Also here

is a photograph of Alma Dolling (as she was then) around the time she won the Croix de Guerre (she was an ambulance driver in France). Here too is the link to SJ Music which sells four of Alma’s songs as sheet music and here is the link to Youtube where Alma can be seen playing the piano while someone sings one of her songs.

The other reason for coming to British Columbia was a Persephone author – Ethel Wilson. Hetty Dorval, which we brought out ten years ago – it was first published in 1947 – is set at Lytton, three hours drive from Vancouver. ‘What gives Lytton its especial character, lying there at the fringe of the sage-brush carpet in a fold of the hills at the edge of the dry belt and the coast area, is that just beside the town the clear turbulent Thompson River joins the vaster opaque Fraser… ‘ 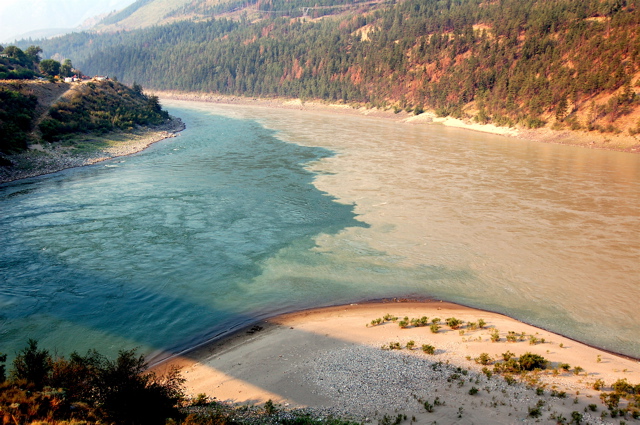 Nothing has changed since Ethel Wilson described Lytton seventy years ago, and it still has a feeling of being slightly cut off from the mainstream. Here is an interesting quote from the critical biography of Ethel Wilson by David Stouck:

‘Several critics have traced Frankie Burnaby’s ability to break free from Hetty Dorval’s selfish influence to her childhood in an open, sparsely populated country, where human decency and community values are essential to survival. More specifically, details in Ethel Wilson’s description of the sagebrush country around Lytton have been read as symbolic of the book’s human drama: the flight of the wild geese as an emblem of freedom desired by both Hetty and her young admirer; the clear Thompson River being overwhelmed by the muddy Fraser as reflecting Frankie’s transition from innocence to experience under the sullying influence of Hetty.’

As ever, the Persephone Forum  is excellent on Hetty Dorval.

In Vancouver itself we made a pilgrimage to the building where Ethel Wilson lived and wrote Hetty Dorval in September 1945. It’s called Kensington Place and is on the corner of Nicola Street and Beach Avenue.  The desk overlooking the water is in a flat that was sold last year but one can imagine this might have been how Ethel Wilson’s study looked. 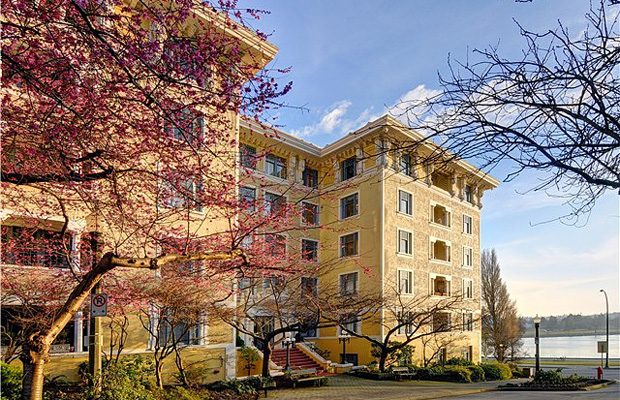 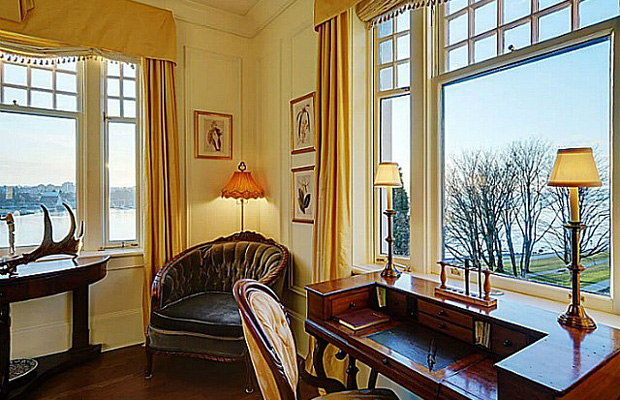 CL wrote to us about Because of the Lockwoods:

‘On returning to Copenhagen I found the new Whipple and (delighted, grateful) had to work hard not to open it.  Curiosity forces me, less to the pleasure I could anticipate than fear of the realization — long apprehended — that this is surely of no serious value as literature. There remains some trepidation in the opening of a new Whipple, but anxieties were allayed and I raced to the end oblivious to other duties. The scenes in France are superbly rendered, as though she had not only read Villette — and Pointed Roofs? Had DW not herself been sent to a similar establishment, presumably around 1912?  Ah yes, ODNB informs me that she had been at Sens; and so the swift river must be the Yonne. I wish I could recall another novel in which ‘collective surveillance’ was so well depicted. One feels that only someone ‘with something to hide’ (who doesn’t?  dread term used in justification of any curb on liberty) could be so aware of all those people randomly distributed in one’s life yet forming a concert of watchers and gossipers. And the symmetry between the English and the French locations; the contrast of bakery and patisserie takes a delicate art; it’s never insisted on.  I had recently re-read Howards End so I thought I had a yardstick for the clashings of classes and while Oliver is not entirely plausible he stands up well against young Bast. Nor is the device of the receipt concealed for sixteen years to be reckoned extravagant by Hardy’s standards.

‘I must disagree with the introduction’s claim that the titles of her novels are not very memorable. Greenbanks and the Priory are not (though Greenbanks has its point), but three of them are outstandingly good: They Knew Mr Knight, Someone at a Distance and Because of the Lockwoods. I’m hard-pressed to find another title (novel or not) with ‘Because’, especially beginning thus, and this one sounds more like a reader’s explanation, or a reviewer’s summary assessment. The phrase occurs only once in the novel, at the top of 453, and we have the sense that Thea is working out her life as though it were a novel; in turn this novel seems to occupy our own spaces, almost to invade them. And that is also the case with the other titles: they do not describe the theme but point to the cause or source of the narrative, whether or not known to those within it. Such titles make for an oblique effect that takes the novel out of a captioned ‘frame’ and sets it vagrant in the reader’s time and space.

‘Nobody captures so well the mendacity of the English middle class, the evil perpetrated in the name of good manners amd under the guise of kindness and generosity. I know it well.

‘And nobody produces such elegant books as Persephone! You must have set the type in its entirety; I found a single error, on p. 360, where  ‘Well–‘ she hedged  has the open quotation mark instead of the closing. This is pedantry, yet best evidence of your dedication to the accuracy of the text, to say nought of mine as a reader.  Have I read them all now? Treasures to be stored for re-reading: may I never like Thea find myself in circumstances where I might say, as she does in trying to read Emma, that Dorothy Whipple has no power now. I wondered at that moment, along with the invoking of Villette, whether this was not a sly indication that Dorothy Whipple did know her true company.’

And Christine Jump’s husband sent us this poem she was too modest to send us herself:

Perhaps one would pass by the little shop,

Tucked in an undistinguished street,

Reserved in its coat of dove-grey paint.

Quite easy to miss peering through the door

To take in the crowded cosiness,

And everywhere the neatly-stacked grey books,

Each cover mysteriously the same

So one can only guess what tales they hold.

Only the pink-wrapped copies stand out

Presents specially chosen for someone.

I gently push the door and pause to look around.

I run my fingers all along the shelves,

The labelled spines – which one to choose?

One of wartime hardship, or stories of a 1930s life,

Perhaps a book of poems.

Lost in the folds of time, I slowly make my purchase,

Then, unwillingly, I turn to go –

Clutching my fireside treat in

Finally, there was a superb and thought-provoking  article about teenagers in the New York Times by Rachel Cusk .