As of this week it is hot and sunny in England and the Lamb’s Conduit Street’s pavements are overflowing with people enjoying a coffee in the sunshine. We have the door propped open and love hearing the snippets of conversation as people go past.

There is a little lull before the new books are published next week and the new Biannually goes out (16,000 are sent by our printer, Lavenham Press, in the UK, 4000 go abroad and the remaining 5000 are picked up by visitors to the s hop or sent to people who request them). There are all kinds of tasks associated with the new books, ranging from making sure the database is in good shape to send to Lavenham to seeing that we have all the details of people who have standing orders (ie. they buy every book as they are published).

Meanwhile we keep up with the subscriptions – people who have a book a month for six or twelve months; we keep the shop stocked; we chat to customers; and occasionally we find time to sit in the garden: the first photo shows our C18th fig, the second that symbol of women’s oppression, the mangle (we brought it with us from Great Sutton Street in 2001) and the third shows what is maybe the last outside loo in Bloomsbury – although it’s now used for storage. 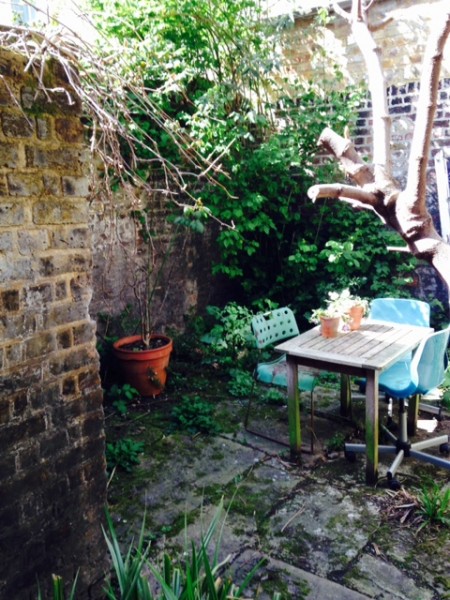 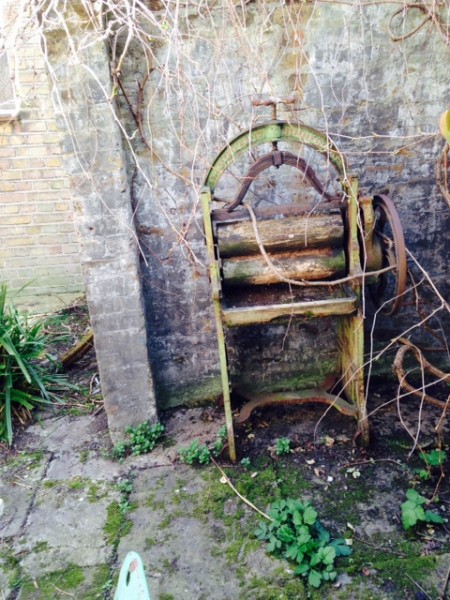 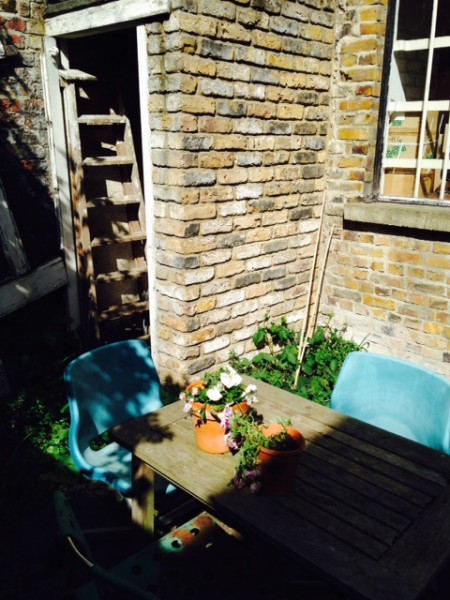 Next weekend and the one after we shall be going to the Changing Britain weekend at the South Bank. This is especially after Persephone’s heart as it is inspired by David Kynaston’s excellent books and of course he has written the Preface to London War Notes which is out next week. In fact, coincidentally, he is also coming in to have a rummage through two boxes of Vere Hodgson’s letters which her copyright holder has deposited with us before they go off to a good home. Although fascinating for us, it’s very unlikely they will ever be worth anything, certainly not the £1 million that Alan Turing’s notebook was recently sold for: here is the front cover and one of the pages. 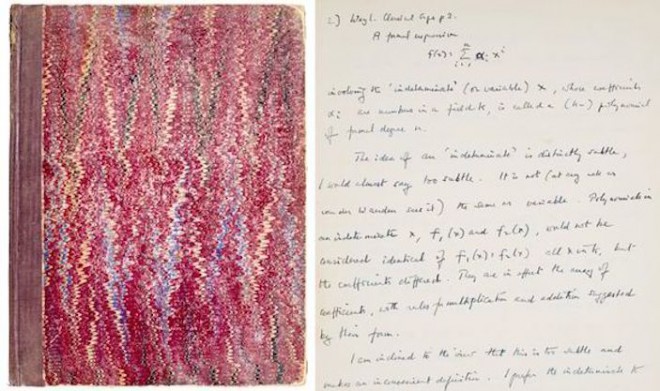 (The cover is so beautiful but at the time, the 1940s, was ubiquitous and indeed there are many other notebooks like it in the archive at King’s College Cambridge, from where this came. Certainly EM Forster – whose papers are at King’s – had an identical one.)

Vida  champions women in literature and every year they do a survey of numbers of male reviewers versus female. It always makes shocking reading. Notoriously the worst culprit is the London Books which last year featured 527 male authors and critics compared with 151 women (!!!). Here is the article in the Guardian summarizing Vida’s findings. But the main point is that more men review; and more books by men are reviewed. Although more women read books than men. The reason? Men ask to review, women wait to be asked. And men tend to prefer reviewing books by men. This is not of course generally true. Leo Robson wrote about the new Anne Tyler (one of the books on the Baileys women’s fiction prize shortlist ) in the New Statesman. He illustrated it with this lovely painting by Norwood MacGilvary (1874-1949) called ‘No More Chores: Family on Vacation’ c. 1935. It is SO appropriate to t Anne Ty;let’s novel. 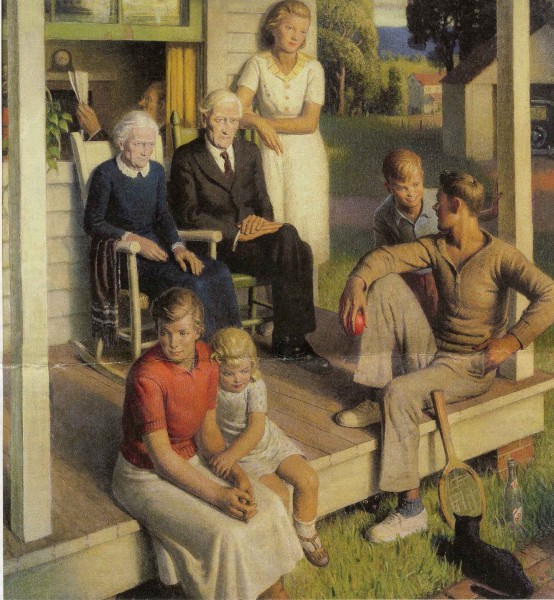 Finally, the Guardian asked thirteen distinguished writers to say something about their favourite Trollope novel (it’s the 200th anniversary of Trollope’s birth this month). It made for fascinating reading and also made one wonder whether Dorothy Whipple (who could be compared with Trollope, although Mrs Gaskell is a far closer comparison) with ever get this kind of accolade.