One of the most fascinating artists in the current exhibition of Scottish women painters (featured on the Post this week) is Cecile Walton. This 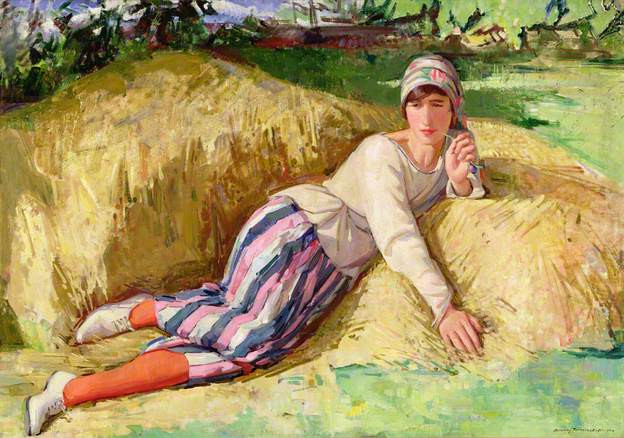 is a portrait of her, in the Fleming Collection, by her friend Dorothy Johnstone. Writing in the Herald, Angela McManus gave us some often sad insights, for example about Cecile: ‘You could say she fell in love with the wrong man, the Scottish artist Eric Robertson. They divorced and she was left responsible for two boys. It brought an end her painting career, she had to get salaried work.’ While Dorothy Johnstone ‘was teaching at Edinburgh College of Art but had to resign when she married her colleague because the Marriage Bar prevented married women from holding full-time teaching positions. She often painted at the kitchen table because that was where she could easily paint her children.’ The Herald article has lots more details about women who assumed ‘male sounding’ names or were defeated by conventions stopping them from working. Alas, anyone interested in women writers has heard this often before. But, thank the lord, things have changed greatly.

Although not as greatly as one would hope. DJ Taylor has published a book about literary life in England since 1918 and, sadly but unsurprisingly, women writers are barely mentioned. (Michele Roberts was good about this in the Finanacial Times.)

There is an exhibition in Queen Square, round the corner from the shop, called Embroidered Minds. One of the participants, Jan Marsh, describes it here. She writes: ‘It’s difficult to summarise the Embroidered Minds project except to quote the authors in saying it’s a collaboration of artists, writers, medics and scholars, weaving a part-factual, part-imagined fantasy around and across the connections between Jenny Morris and her family, and Victorian neurologist William Gowers.

The connecting thread is the neurological condition of epilepsy, which Jenny suffered and Gowers investigated and treated.’ On January 23rd there is a presentation about the exhibition at the William Morris Society.

There is a marvellous-looking Hammershoi exhibition in New York until February 27th. 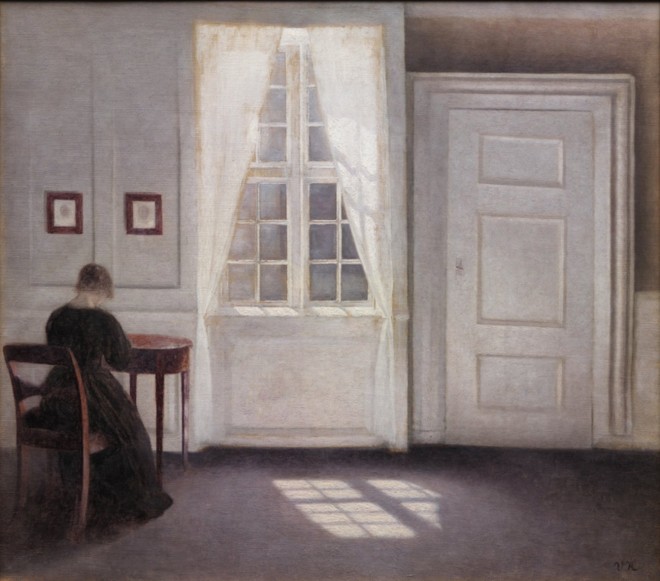 Finally: how incredibly lucky we are in London to have such clear skies. Apparently the air quality is so bad in Delhi that one cannot see the sun. Victor Mallet wrote in the Financial Times that ‘for more than two months we have barely seen the sky by day or the stars by night.’

And, last but most important, here is Robin Hyde the year she was writing The Godwits Fly which we have just sent to the printer and we publish in April (along with Amber Reeves’s A Lady and Her Husband 1914). 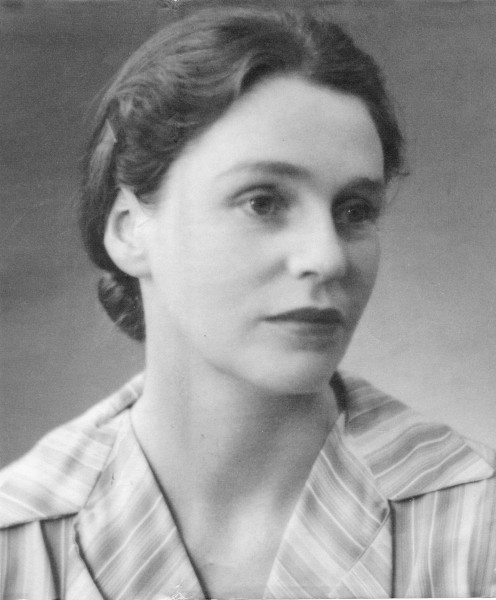