Royalty statements have dominated the past month: a book is only out of copyright if the author died more than seventy years ago ie. before 1946, so a clutch of our authors are out of copyright (Amy Levy, Frances Hodgson Burnett, Katherine Mansfield, Virginia Woolf) but for most we pay seven and a half per cent on revenue received. The amounts vary enormously. The son of Winifred Watson (Miss Pettigrew) has made really quite a handsome sum over fifteen years we are happy to say. But the copyright holder for Greenery Street (which sells steadily but not massively) makes somewhere between two and five hundred pounds a year. And then there are e-books. We feel a bit sniffy about them but once they are ‘up and running’ (which is a lot of work for the poor beleaguered publisher) they do bring in a small but significant income; of which the copyright holder receives 25%. But first of all Lydia has to work out how many books have sold and for how much and then I have to do the calculation for each book, enter this on our slightly ancient spread sheet (although we have resolved that this is the year we are going to update it), send it out – and pay the money, either electronically or by cheque. But it is done. And we can look to the future – the three autumn books (The Autobiography of Tirzah Ravilious, Every Good Deed and other stories by Dorothy Whipple and Madame Solario by Gladys Huntington). And we can look forward to the spring (A Lady and Her Husband by Amber Reeves and The Godwits Fly by Robin Hude). Here as a symbol of spring are daffodils in the shop (with Cambridge Imprint’s beautiful notebooks in the foreground). 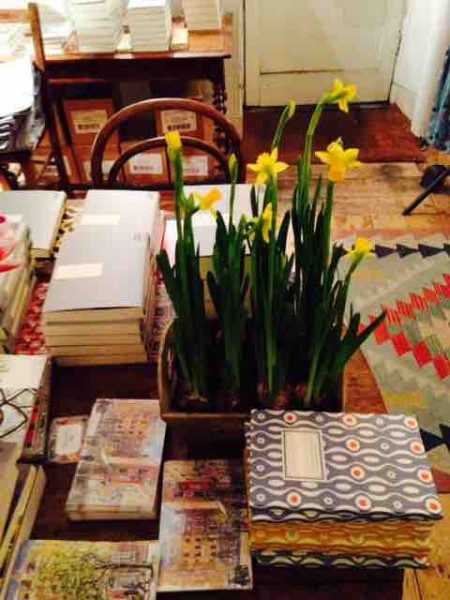 But we were not hunched over royalty statements all the time. We also went to The Hague with Victor de Waal, Elisabeth de Waal’s son, for the launch of The Exiles Return in Dutch. 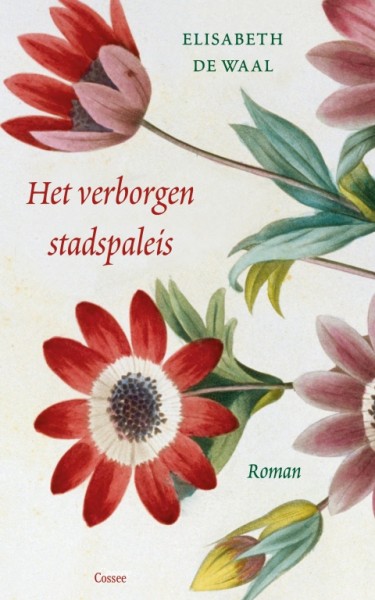 There was a discussion about it at the Austrian Embassy and a dinner with the translator at a beautiful house overlooking a canal. After that we had two nights in Amsterdam and took a photograph of the house where Etty Hillesum lived when she wrote her diaries and letters (now An Interrupted Life, Persephone Book No. 5). 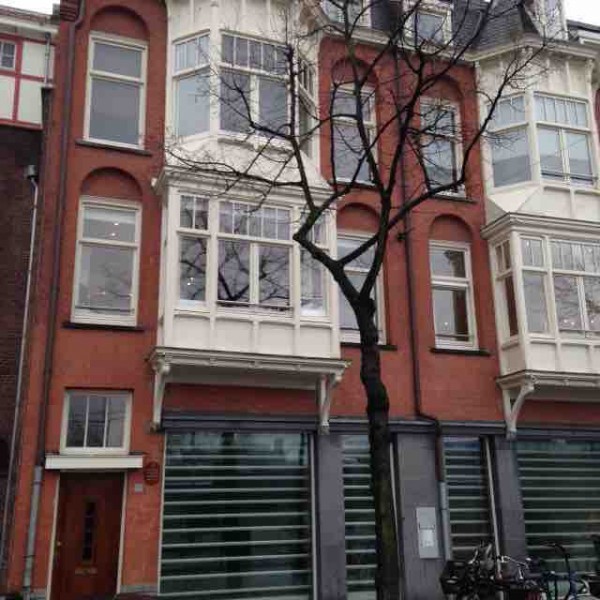 From the sublime (Etty) to the ridiculous (one’s stomach): while in Holland we discovered a wonderful chain of food shops called EXKi. They had basically the best food we had ever had in a chain, a quiche and different salads of a deliciousness that was almost awe-inspring. Please please EXKi open in London (there are nine branches in Paris, which now isn’t so far away psychologically). In fact Persephone is having another outing, to Paris, for an event celebrating the work of Jacqueline Masnil-Amar at the Shoah Museum. It’s next Thursday 11th at 7.30. and it would be marvelous to see any Persephone readers living in Paris.

Last week there was a performance of Susan Stein’s one woman play about Etty Hilesum in the shop, it is being repeated at the Wiener Library on February 17th, details here . 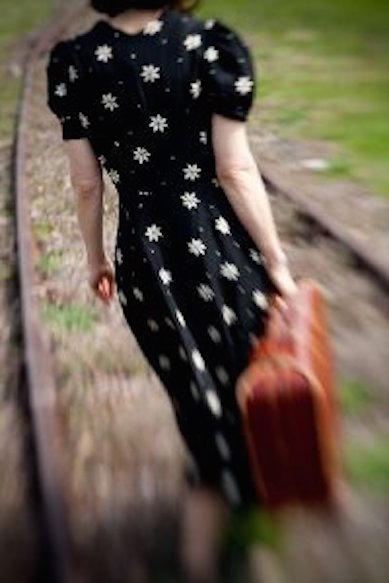 There is a conference at Hull University on 24th June called Revision, Revival Redisocvery: ‘Re’ words in British Women’s Writing between 1930 and 1960. Of course we hope there will be several papers on ‘our’ authors but who knows whether academics have yet caught up with them…

And finally, for Archers listeners, here is a good but upsetting New Statesman article about a real life Helen and what she endured.