The fire at the Glasgow School of Art dominates our thoughts. Coming the day after the anniversary of the Grenfell fire it is sobering and deeply worrying. In fact it rather removed some of the elation that we still feel from the marvellous Procession last Sunday. The Persephone Books No Surrender banner (a tribute of course to our suffragette novel by Constance Maud) is in the top half of the photograph, behind and to the left of the vertical white banner. 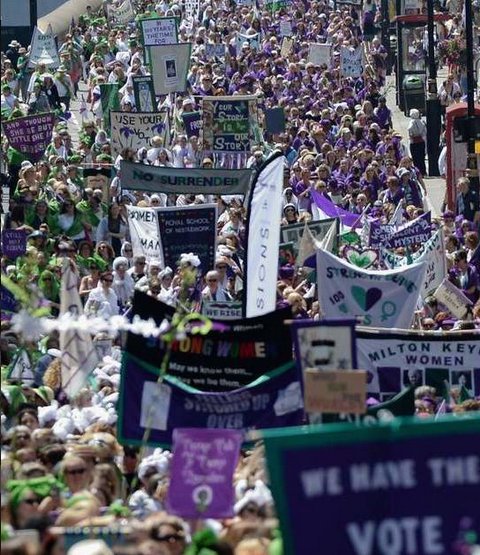 If anyone missed the programme about the suffragettes with Lucy Worsley and an inspired cast of (alas anonymous) actors, there is still three weeks left to watch it here. It was boldly and intelligently made by Brook Lapping and written and directed by the brilliant Emma Frank. Our only criticism (as we watched it in the shop last Sunday before a dozen of us set off on the march) was that there was an over-emphasis on bombs. Not that the violence should have been ignored, but there was a bit too much jolly-japes about some of it.

There was a hilarious and interesting ‘Imagine’ programme about Rupert Everett (who was until recently our Lamb’s Conduit Street neighbour) and we cannot wait to see his film about Oscar Wilde, The Happy Prince..

Sadly, the asparagus season is now finishing. But Riverford (which has just become employee-owned, congratulations) will certainly have  many other excellent summer vegetables, and fruit, over the coming months: we recommend its boxes very highly. 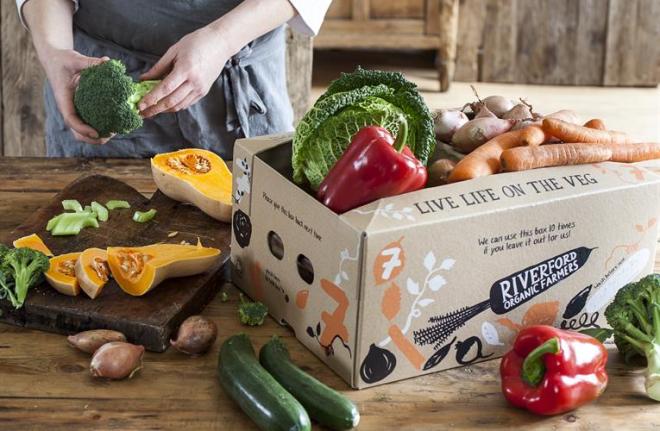 Enid Bagnold’s The Chalk Garden has just ended its run at Chichester. A Persephone reader kindly sent us the programme with the excellent article by our preface writer Anne Sebba about the real-life origins of the play. The Chalk Garden has a particular resonance for us since it was the first London stage appearance ten years ago of Felicity Jones. 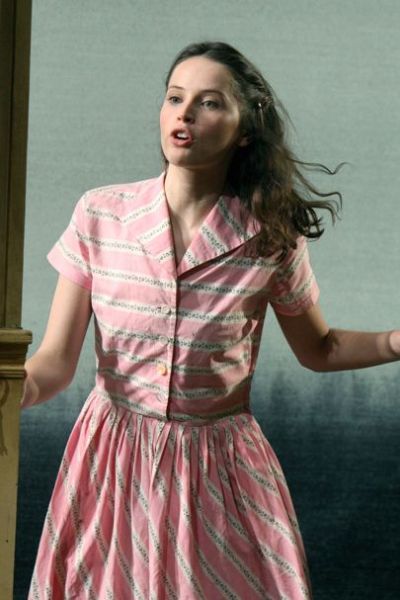 Not long afterwards she went on to star in the film of Cheerful Weather for the Wedding (we sell the dvd in the shop). 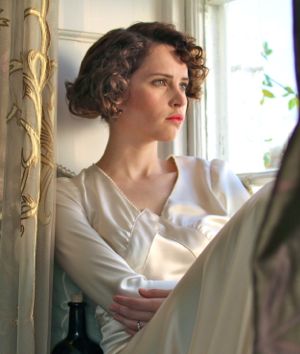 There is a battle to save George Eliot’s childhood home in Coventry. Bird Grove is Grade II-listed but is all but abandoned, details here. 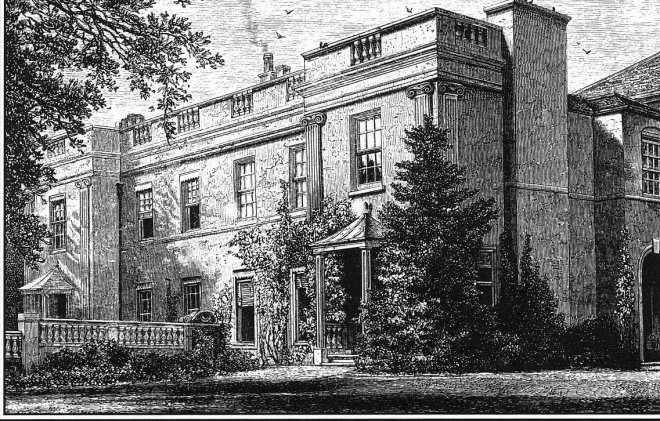 A reader kindly sent us a quotation from Lost Rivers of London by Nicholas Barton which explains that it was in the 1570s, 150 years before the shop was built, that William Lambe was involved in using a tributary of the Fleet River as a source for a conduit. The book also relates that in 1800 ‘an octogenarian clergyman remembered being sent as a small boy into the country to convalesce from smallpox. He stayed in a house in a row on the west side of the present Lamb’s Conduit Street [which is where number 59 is nowadays]. The houses were surrounded by fields and a streamlet of water ran under his window.’ All in all, it’s a miracle that our basement is dry enough to store books, but – for  seventeen years – it has been. Fingers firmly crossed.

The Guardian had a piece about the shocking lack of women composers in concert programming, which is apparently 95% male dominated. We have always championed women composers, naturally, as has Clemency Burton-Hill in her excellent book (which we sell in the shop). Indeed,  for the last two weeks of January this year on the Persephone Post we highlighted ten amazing women composers from her book, any of whom would be ‘good’ enough to put in a concert programme. This is what we wrote on the first day: ‘First up: Clara Schumann (1819-96). Here are the (rather well written-up) details of her life, which one is tempted to call sad, but she had eight children, composed music when she was young, became a well-known and revered piano teacher, had many close friends including, for example, Brahms, lived until she was 77 and during her lifetime was far more famous than her husband: wonderful as Robert Schumann’s work is, it’s a great pity that now this has reversed. Here is Clara Schumann’s absolutely beautiful Nocturne in F Major (played by someone unknown); there are lots of her other pieces on You Tube, all stunning.’

Finally, anyone with three million pounds to spare might like to trot along to Sotheby’s on Tuesday and buy this stunning Matisse drawing of Mary Hutchinson that was kept by her son Jeremy Hutchinson until he died recently aged 102 (obituary here, details of the sale here). 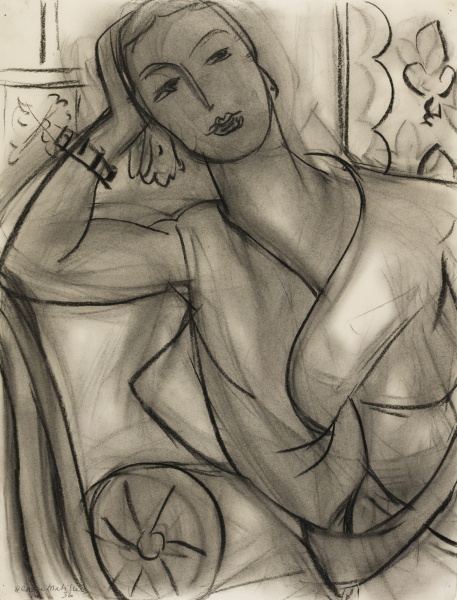