On March 20th 1999 we published our first three books: this week on the Post we shall celebrate our twenty-year anniversary with pictures from Miss Pettigrew (since we would not be here without the financial stability she gave us), and in the shop from 12-8 on Wednesday we shall serve champagne, tea, smoked salmon sandwiches and cake. And there will be an exceedingly nice ‘going home’ present!

Because the political situation is so catastrophic it is probably best to ignore it; if that is possible. And as for decisions about the future, which we promised to announce this month, the continuing uncertainty about the future of the nation have made us continue to be uncertain about the future of our very tiny bit of it. In fact we have made one or two decisions, which we shall be sharing with you on Wednesday and in the next Biannually, but finding the energy and zing to implement them is another matter. Maybe, just maybe, some sensible politician will come along and rescue us all from this agony. But as things are it doesn’t look very likely. And if anyone still thinks that Theresa May is anything but a total blanking disaster for our country, read this article from the Spiegel. Most of us would resign, retire under the duvet, listen to other people, change direction, do something: but not Theresa May, the obdurate, stubborn, laughing stock that is our prime minister..

Yet, however hard they try, politicians are not going to be able to crush the arts entirely, indeed hardly at all – judging by everything that is going on in the UK at the moment. Who would think that our very own preface writer Harriet Lane would write a bestselling novel – Alys, Always – and then a new theatre (The Bridge) would be filled night after night with Lucinda Coxon’s (excellent) adaptation of it?And apparently at the London Book Fair last week narrative non-fiction in the form of ‘true crime’ was all the rage. A top literary agent was quoted as saying: ‘People want real, authentic experience, and written well… the interest in true crime is the natural progression for readers tired of thrillers who still want suspense and that expert voice.’ We of course have Harriet, a  harrowing but compulsive book about a young married woman who died in circumstances that were never fully explained.

A Persephone relation has recently acquired a Havanese puppy and we hope that we shall often be allowed to dogsit, indeed that ‘Naska’, as he is called, will become something of an office dog along with Stella (who has been a familiar part of the office for a year or more). Who knew that Dickens had a Havanese called Timmy? He is in a unique group of Dash, Chico and Golia (Queen Victoria’s spaniels), Nero (Jane Carlyle’s) and Flush (Elizabeth Barrett Browning’s), unique because they have all been written about and thus immortalised. Here is an article about the Havanese. The first picture below is a 1529 portrait of Federico II Duke of Mantua with his and the second is Queen Anne with hers. The picture of Nero showing him at home with Jane and Thomas Carlyle is by Robert Tait: we have used the painting on the endpaper of The Carlyles at Home . 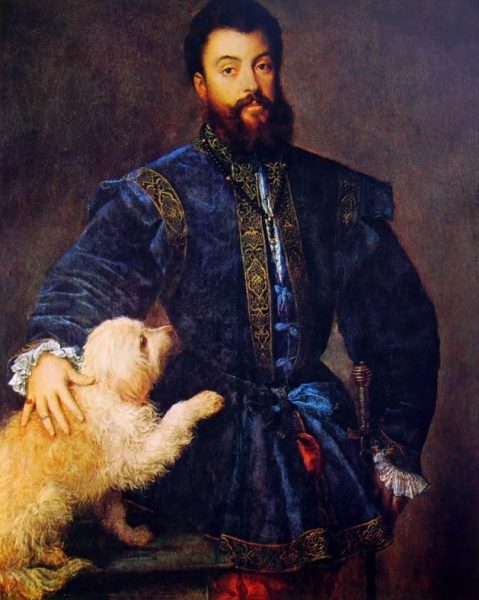 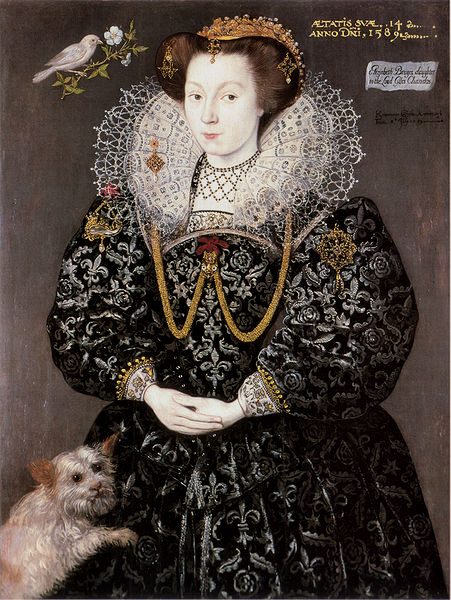 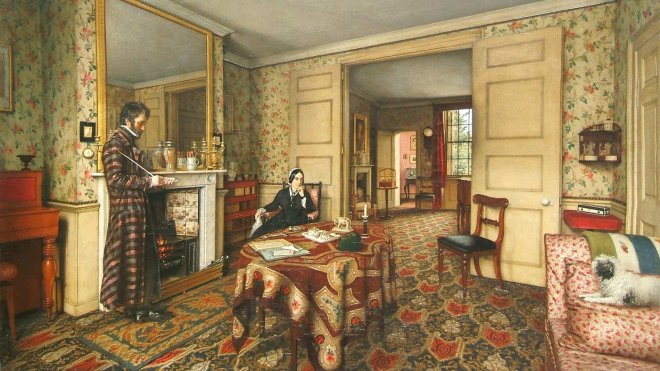 The book of the month for us is Invisible Women: Exposing Data Bias in a World Designed for Men by Caroline Criado-Perez. It is fascinating, full of detail we had never thought about before: so used are we women ‘to contorting ourselves to fit into men-shaped spaces, we’ve learned to ignore how often it hurts. ‘Her central argument is that women are routinely overlooked in research and data collection, so that everything from the tech we use, the medicine we take, the cities we live in and the laws and policies we live under, are designed primarily with men in mind….There’s a sense of rage simmering beneath the surface of Invisible Women, every now and then it bubbles up in the text, but the book’s force doesn’t derive from the power of its rhetoric – instead it’s the steady, unrelenting accumulation of evidence, the sheer weight of her argument’ (Sophie McBain in the New Statesman).

What an admirable, unique young woman Greta Thunberg is. 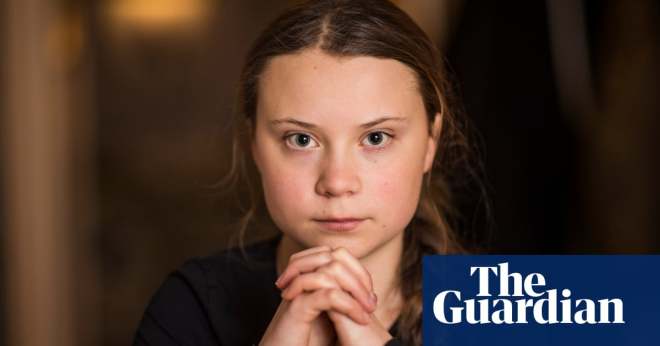 Meanwhile the argument rages on about whether we should be allowed another referendum. Of course we shall be on the March on the 23rd (please meet us for a coffee at 12 at Caffe Nero in Curzon Street, we shall be holding the Women Writers for Europe poster which, by the way, is available free in the shop for the coming week). In the FT the always excellent Simon Kuper said: ‘If most voters want real Brexit as opposed to fantasy Brexit, they must have it. They are also entitled to impose it on unwilling children and grandchildren.But it’s fair to ask again if this is really what they want.’ That is our mantra – ask the people if this is really what they want. Because if it is, and then Leave wins a second referendum, then of course we Remainers will respect the decision, with resignation and despair but acceptance all the same. What we cannot respect is a decision that  was based on misinformation and fairy tales.

Apparently there is a great revival of Paisley . We hope that will give a boost to the wonderful Marjory Fleming, which has a Paisley shawl as its endpaper.

Also in the FT there was an article by Robin Lane-Fox about daphnes. For the last month we have had a vase full of daphne branches in the office and the scent is the most heavenly in the world. For a mere £10 you can buy a plant that will flower with its wonderful scent all during February. For anyone with a garden or a balcony or even a windowsill, a daphne is the plant to buy. (Why does Floris or similar not make a perfume of it?) 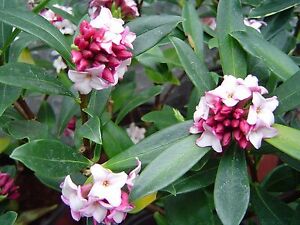