Spring is in full bloom, our white geraniums are in flower in the window boxes, tomorrow we are giving the outside of the shop a lick of paint and it is nearly time for summer clothes; but not quite: here is the picture we put on Instagram of the  1964 Sally Tuffin and Marion Foale jacket that one of the Persephone girls wears in the ‘in-between’ season (feeling a tad guilty as maybe the jacket should be presented  to the V & A…). 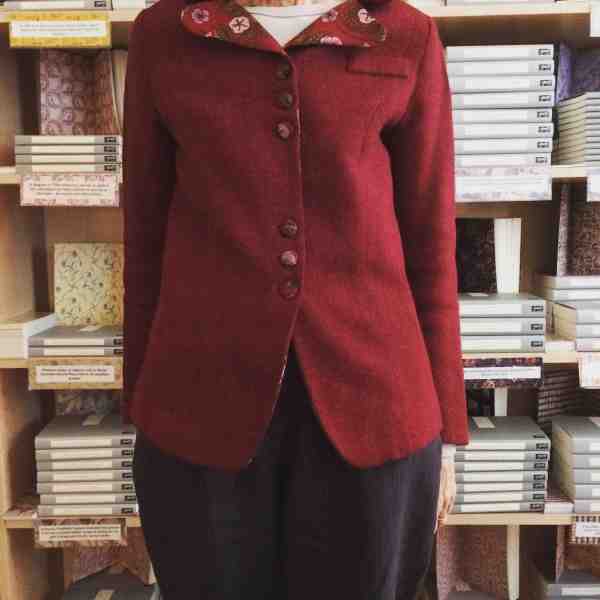 The first rush to buy Effi Briest and Earth and High Heaven is slowing down (slightly) and we are looking forward to the forthcoming Persephone events and the heady days of London in June. Emily Rhodes, who wrote the preface to Earth and High Heaven, has put it on her  wonderful blog here; Effi was reviewed in the new magazine The Amorist; and both Effi  and Earth were reviewed in The Lady. So we are off to a good start.

Other news: as I put on the Post, last week we were entranced by the atmosphere at Picturehouse Central in Piccadilly – the tavola calda! the bar! the Gerald Moira murals! And the film, Citizen Jane: Battle for the City (trailer here): really, if any of us Persephone girls were to be reincarnated, the person of choice to become would be Jane Jacobs. 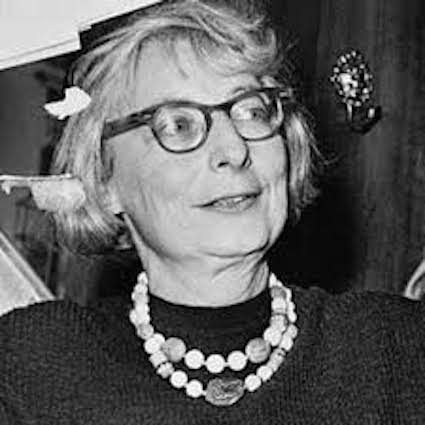 She was a total heroine. And it was only when seeing the film that we fully realised that Robert Moses, who destroyed so many communities, was only stopped from committing even greater horrors by Jane Jacobs and her fellow  activists. There is of course a great biography of Moses by Robert Caro but, rather like being unable to bear to read a biography of Hitler, who can bear to read 1300 pages about someone who was basically a psychopath? It will have to be done (everyone says it is one of the great biographies) but perhaps we shall read one of the books about Jane Jacobs first and then, holding our nose and with a stiff drink to hand, read the relevant bits of the Moses book. Yet we are suffering something of the same devastation in London. Soon there will not be a London neighbourhood which isn’t overshadowed by a tower block (400 are under construction), all because of someone whose name we can’t bear to mention but everyone knows who he is.

However, we did mention him on the Post this week, in a different context, apologising for being political. This engendered a little flurry of emails  (thank you so much for them) telling us not to apologise. But we feel we have to do so because of the simultaneous flurry from Disgusted Tunbridge Wells. Which is why, when feeling stressed, us Remoaners often return to Stefan Zweig. Here he is in The World of Yesterday (1942 and nowadays published by our wonderful colleagues at Pushkin Press):  ‘I was born in the Habsburg Monarchy, but you would look for it in vain on the map today; it has vanished without trace. I grew up in Vienna, an international metropolis for 2,000 years, and had to steal away from it like a thief in the night before it was demoted to the status of a German provincial town. My literary work, in the language in which I wrote it, has been burnt to ashes in the country where my books made millions of readers their friends. So I belong nowhere now, I am a stranger or at most a guest everywhere. Even the true home of my heart’s desire, Europe, is lost to me after twice tearing itself suicidally to pieces in fratricidal wars. Against my will, I have witnessed the most terrible defeat of reason and the most savage triumph of brutality in the chronicles of time.’ But this is not exactly comforting.

We are very happy about Rosa Park’s house being in Berlin. 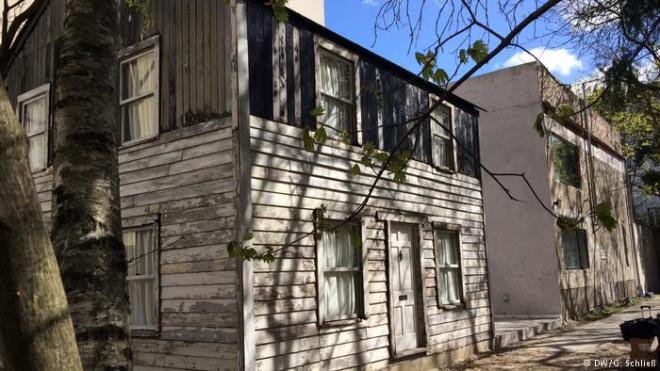 Maybe when we visit our German printer in September we can go and see this iconic building. What a bitter irony that it is in Germany not America.

And, finally, the really, really exciting news. There is a newly discovered portrait of George Eliot (unattributed but Andrew Sim, from whom we have acquired paintings for the shop in the past, was the person who realised that this might be George Eliot). Well, no one knows if it is really her. But surely it must be? Here is the picture. Judge for yourself. 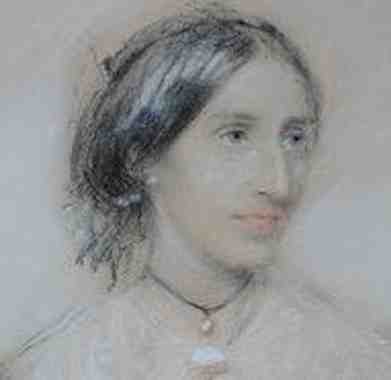 And here is Kathryn Hughes’s article about the drawing.